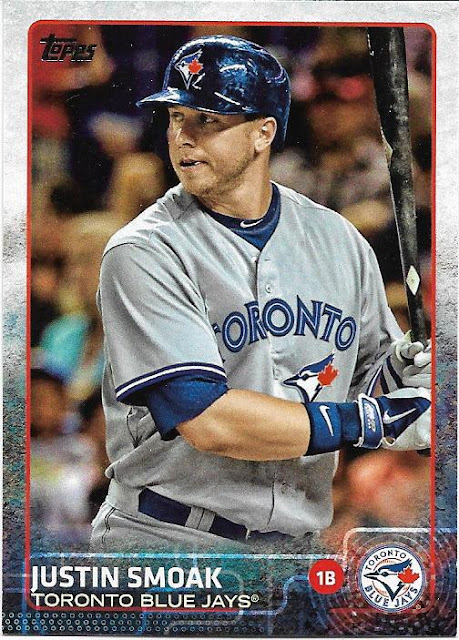 So I noticed the other day that Chris at Nachos Grande has been using the "Great Reorg" title on his blog posts for a while, and since I don't want to step on his toes, I'm renaming my reorganization project after the Blue Jays, since that is what it's all about to begin with.

I don't see or hear a lot of rumblings from the Toronto media/fan base about any issues at first base anymore, since Justin Smoak is having one helluva first half.

Hopefully it's not just Justin blowing smoke, as his numbers are well above the norm.

Oh yeah, he was also selected to his first all star team this year.  What's the difference?

If Smoak finishes with numbers comparable to what Edwin Encarnacion had done during his time in Toronto will help justify Toronto's decision to let EE walk.  It might be one of the few things the Jays brass does right this season.