It had been quite a while since I placed an order from Sportlots.  September of 2016 was the last time I bought anything off the site, and it makes me wonder why since I have so many modern sets on my want list that I haven't chipped more of those off with orders from the site.

I decided a week and a half ago to try and knock down a couple of baseball sets.  First up was this years flagship: 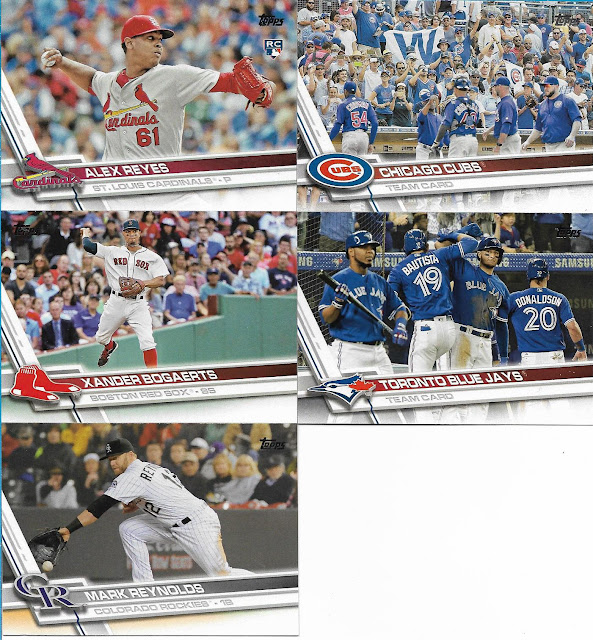 Only 5 of the 29 cards were horizontal.  I especially like the Blue Jays team card (of course), even more so because Topps managed to include a picture of last years "Big 4", Donaldson, Bautista, Tulo and Encarnacion.  Anyone else out there noticing the big numbers that Mark Reynolds is putting up so far in Colorado this year?  Might get his first all star nod if he keeps it going. 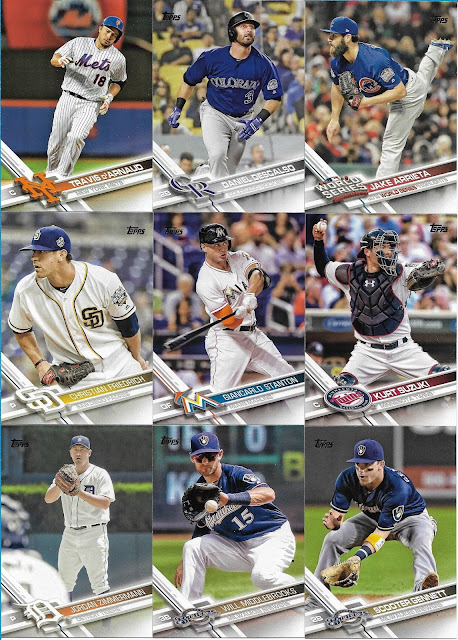 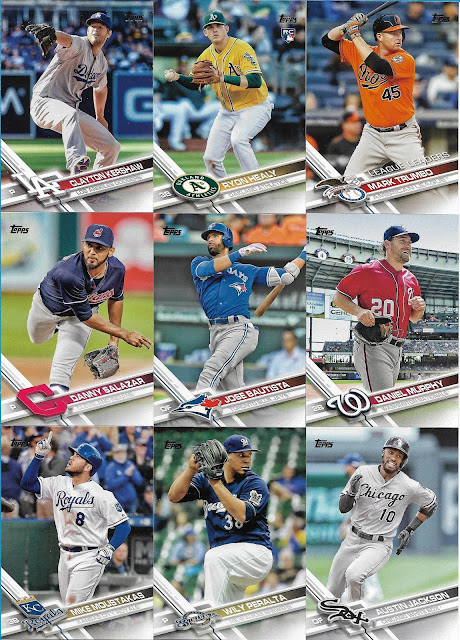 Still need a little over 100 cards to finish off series 1.  With series 2 on shelves, I don't know if I can hold off buying packs before completing the first 350.... 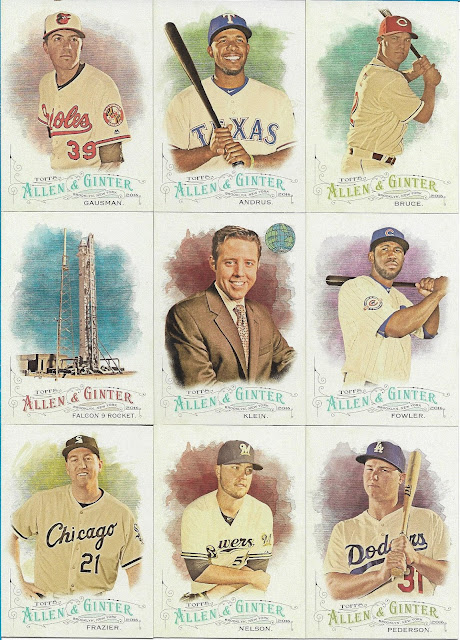 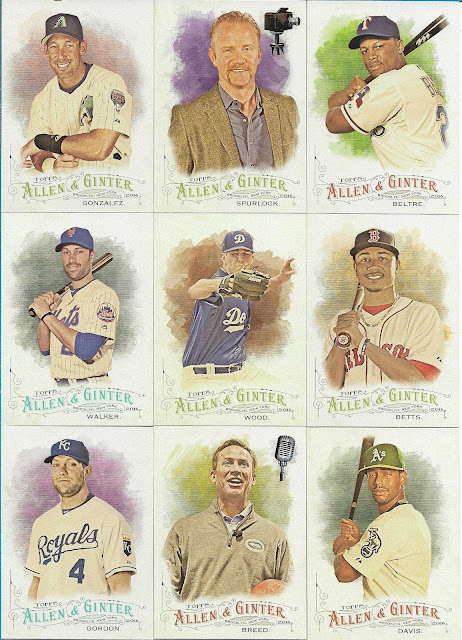 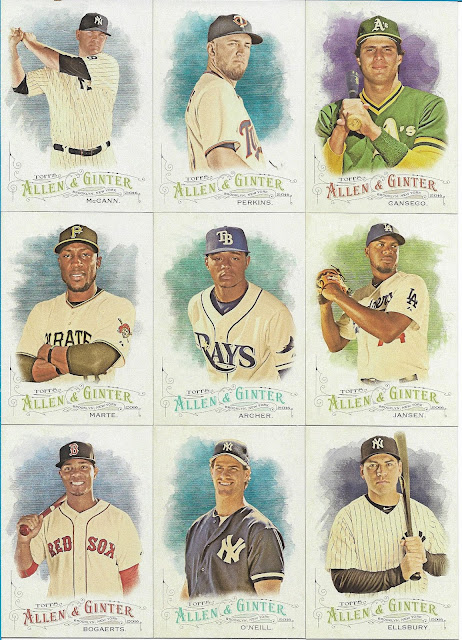 Another set that I'm trying to complete is the 2016 A&G release.  Still have 81 cards to go; I'd like to finish this set off before the end of summer so I can work on some other want lists that have been on my list for quite a while. 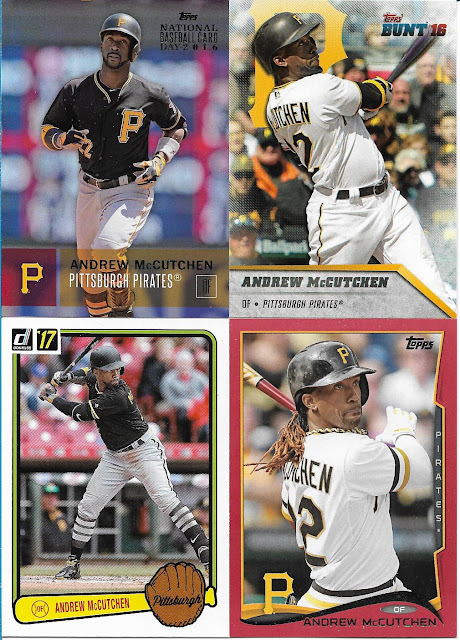 Finally, I added 4 more cards to my Andrew McCutchen collection.  At 18 cents each, it was easy to add them to the cart.  I'll have to start doing this more with Sportlots, as it's a lot cheaper to add to my PCs this way than always using COMC or ebay.

The best part about this order was I received a 5 dollar credit from Paypal, so the whole thing only cost me 12 dollars!

It looks as if I'll be ahead of the game for the next little while....

thanks for reading, Robert
Posted by Robert at 9:39 AM