You gotta love the emails that come your way saying "I haven't sent you anything in a while, so there's an envelope on your way."  When that email comes from Nick at the Dime Boxes blog, you know that some of the mega piles that he brings home from shows (how does he find all that swag anyhow??) is coming at you.

Nick was the 2nd person (the Night Owl before him) who watched the video from a few weeks ago and decided the 2016 A&G wasn't going to be as big a task as I made it out to be.  Nick sent me 34 cards from the base set (almost 10%...damn) and a couple of the Numbers Game inserts as well. 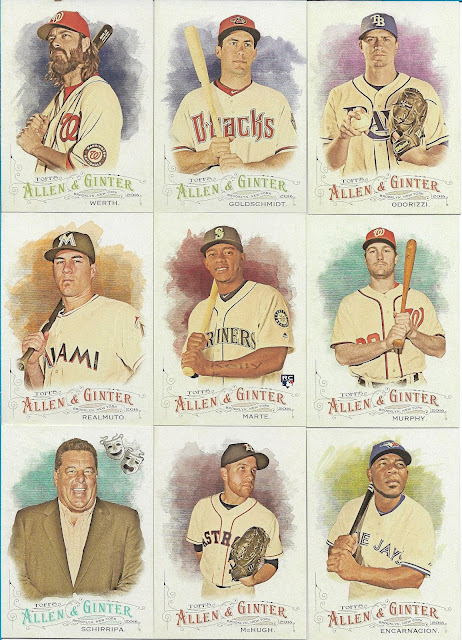 Lot of guys holding bats on this scan, including former Blue Jay Edwin Encarnacion.  Hated to see him go to the Indians... 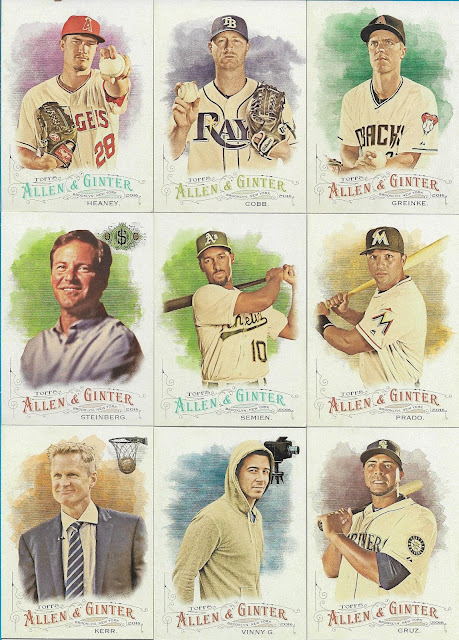 I like the pics in the upper right corner of cards that don't depict baseball players.  Sometimes it really does help me with who the person is.  I did know who Steve Kerr was without the help. 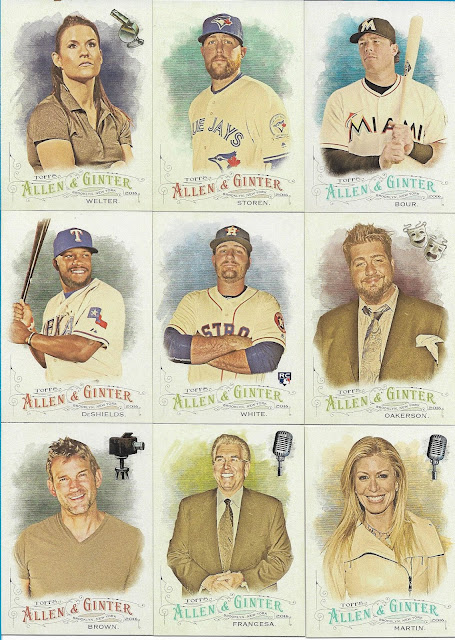 When I first looked at the Jen Welter card (upper left), I thought the picture in the corner was a gun.  Made me think she was an Olympian that participates in one of those rifle events.  Wrong 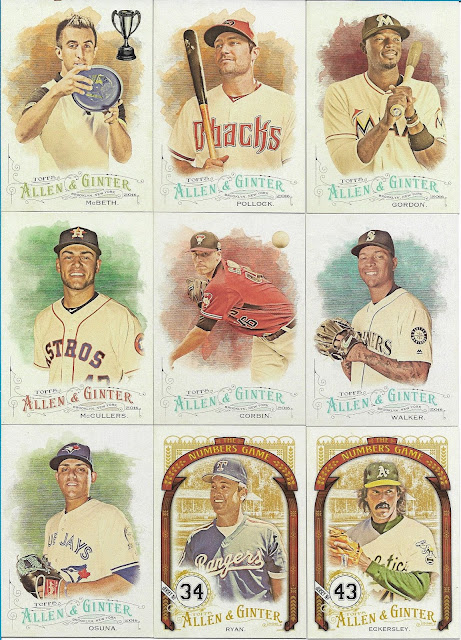 McBeth=Shakespeare, right?  Will always remember the Dee Gordon at bat in the first game after Jose Fernandez's passing last summer.   The two numbers game inserts are great, a couple of Hall of Fame pitchers to knock off the want list.

I'll likely move this want list over to the "well under way" page in the next couple of days, as these 34 cards from the base set will have me well past the 25% mark.  The Starting Points list will stay where it is, since I only have 8 of those.

The other half of this post will feature a boat load of Blue Jays and a few cards from my early 70's want lists.

Thanks for reading, Robert
Posted by Robert at 10:48 PM