There have already been a few bloggers that have written their 100 word challenge posts.   Such as here, here, here, here and here.  I'm sure that most of the envelopes have arrived (save for Canada, which might take up to another week).  So, if you're down with writing the 100 words post for the cards I sent your way, I'll go to the 19th (2 weeks today) for submissions.

Those who write will get entered into a draw and I'll send a couple of lucky writers something more...

And to those who have written already, well done!!  I especially liked the haiku from Jon, I never would have thought to do that!

I haven't bought any packs recently, and had the itch yesterday while I was out running errands with my better half.   With '17 Heritage recently released, I decided to grab a trio of rack packs to see what is up with the set this year. 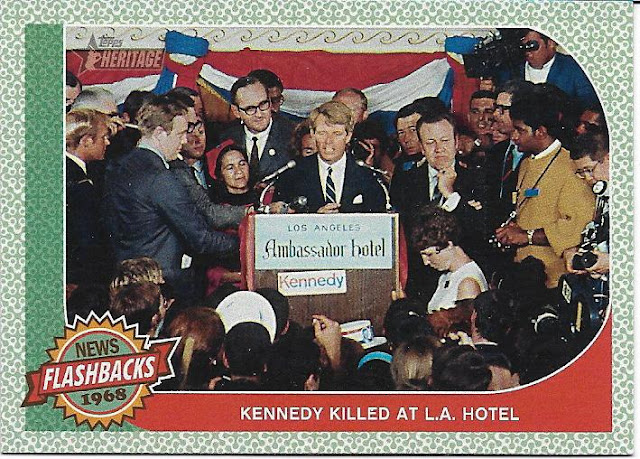 Flashbacks have returned, and though a fair amount of people enjoy these and collect them, they're not for me, so if you need this, just let me know. 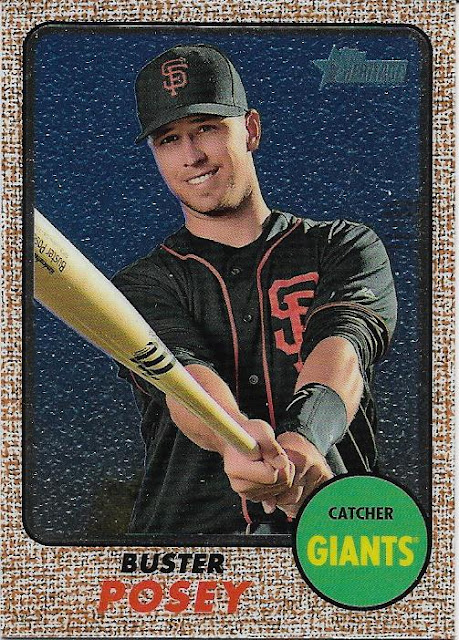 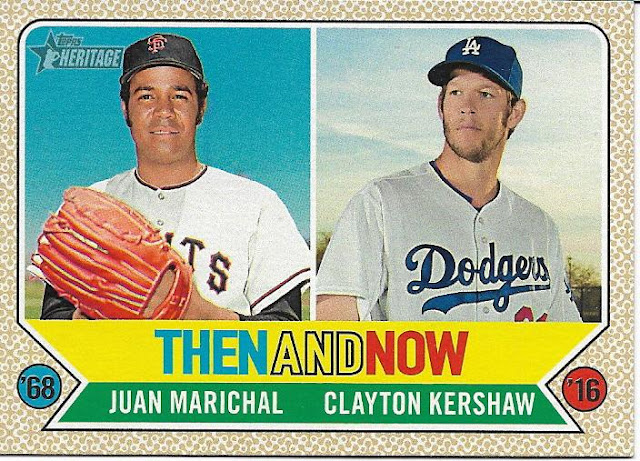 I believe that there may be one or two people out there that would consider this card blasphemous, mixing Giants and Dodgers pitchers just shouldn't happen, right?  There may be someone out there though that isn't worried about that and will want this anyway.   Let me know if you're that someone.

I was kind of on the fence about collecting this set until I pulled this card. 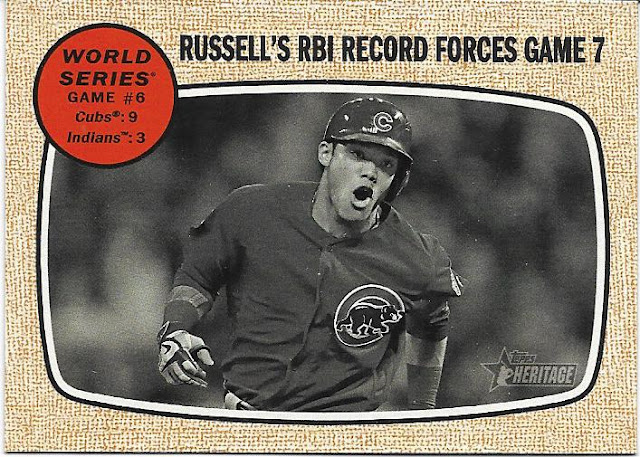 I guess it was the black and white photo and the TV set kind of feel that hooked me.   Plus I'm a fan of the '68 set, so I've decided to give '17 Heritage a go this year.  I was fortunate to see a tweet from AJ who had 3 SPs that he didn't need, so those will be my first 3 this year since I wasn't lucky enough to pull any from my 3 packs.

I also grabbed a couple of the Topps fat packs as well, and did about as well as could be expected. 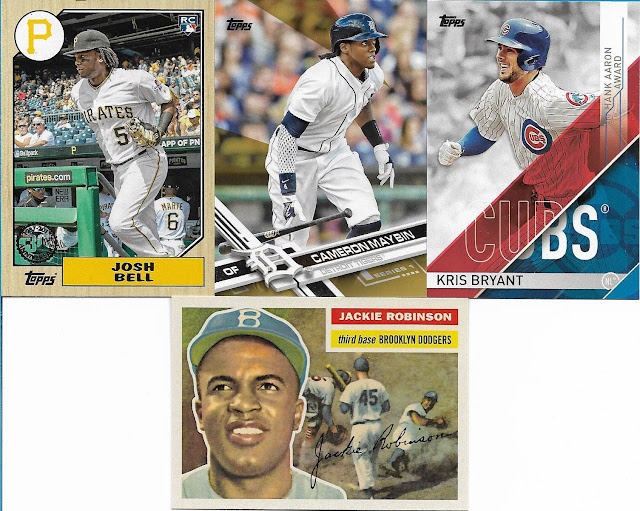 Almost didn't spot the gold Cameron Maybin parallel when I opened the pack. (side note, I just looked at the hangar box that I won from Tom, and found a Daniel Descalso gold card.)   They really are hard to spot for me.  None the less, these 4 cards are available to those who may want them. 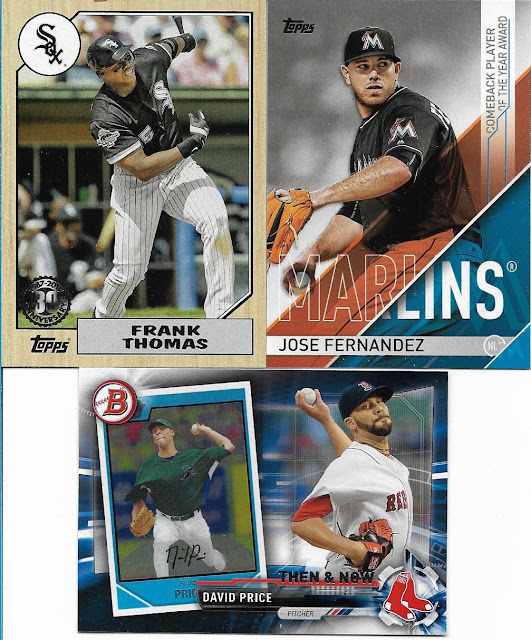 A tribute/memorial card to Jose Fernandez might have been more appropriate a pull rather than the comeback player of the year card shown above.  But then again, I'm not the one with the license to print money either.

All 3 of those inserts are available as well.

I'm going to give both sets a go this year, as it seems that I have quite a bit of spending left to do for 2017.

Thanks for reading, Robert
Posted by Robert at 11:28 AM