I know what you may be thinking, we're 6 months into the year (almost) and I'm just starting the year?  In one aspect of my collection, 2015 was just kicked off.   The Blue Jays "just the hits" page had been lacking in any autos or relics from this year, until today.  I received a fantastic trio of autos and a bat card from Matt at the Bob Walk the Plank blog.  Totally unexpected, but greatly welcomed. 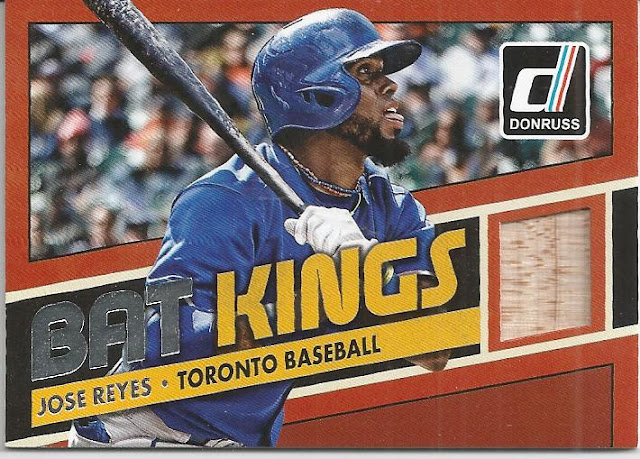 If Reyes had been able to stay healthy over the past 7 years (he's only played 140 games in a season twice since 2009), he'd be a lot closer to the magical 3000 hit mark than the 2000 he's closing in on (185 away entering tonight).  Even though it's Donruss, I still like having this card as part of my Jays collection.

The next two cards are from 2015 Topps Tier One, a set that I haven't bought packs of, and probably never will.  Getting these two cards for my collection is definitely a plus. 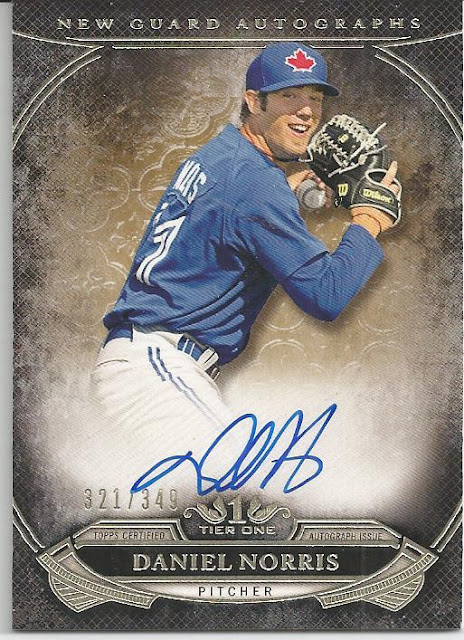 The Jays could use a young left hander in their rotation, and hopefully Daniel Norris becomes that in the next year or two.  He's back down at AAA Buffalo right now hopefully fixing his control problems (24 walks in 44.1 innings), but he has the stuff to be a solid member of the rotation. 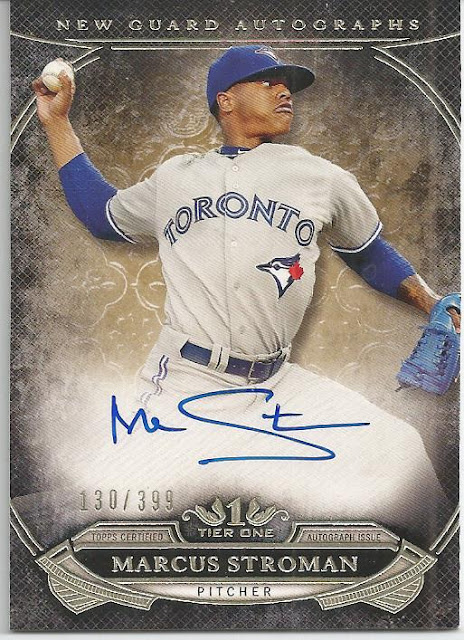 Loved seeing this card, as this might be the best young pitcher that the Jays have developed since Roy Halladay.  It was quite a shame that he lost his season in spring training due to a torn ACL, but it sounds as if he's a very determined young man, and will bounce back stronger than ever.

Finally, the 4th card isn't from 2015, but it's still a recent card of a Jays power hitter that I'm happy to have. 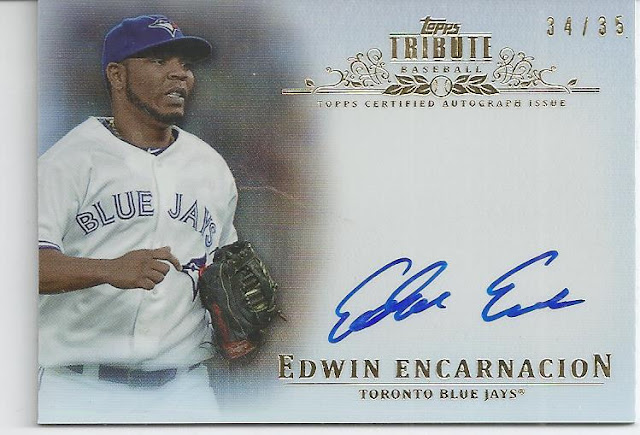 Limited to only 35 copies, I now have a 2013 Topps Tribute auto of Edwin Encarnacion in my hands.  Like many other autographs in our time, it's not the greatest, but I've certainly seen many that are worse.

These 4 cards have put me further behind on the trade front with Matt, but now that I've seen on his blog that Penguins may be welcome, I may be able to find a few cards that are to his liking.

Thank you very much for the unexpected envelope Matt, it was really appreciated!!!

thanks for reading, Robert
Posted by Robert at 11:58 PM