Finally getting around to showing off a few additional cards from the COMC orders from a couple of weeks back.   Not only did I knock off a bunch of serial numbered cards for SNI, I also picked up a few cards off of my top 30 most wanted list.  I'm glad that I started that list, because what I've done is focused myself more on going after base cards for my player PCs.  Instead of randomly searching for more expensive jersey/auto/low numbered parallels, having the list of base cards (at least for now) has given me a method of adding to my collections without denting the wallet. 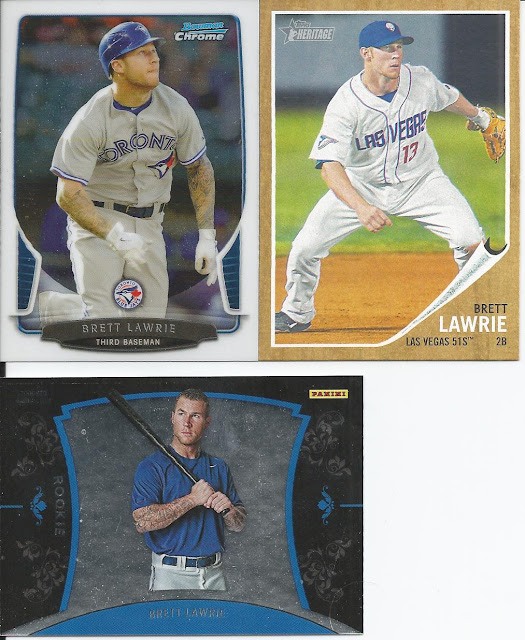 If there is one player that will probably see a lot of turnover on the most wanted list, it will probably be Brett Lawrie.  He's not a player that is chased by a lot of collectors, and now that he's on the west coast he'll probably fly even more under the radar (unless he's playing the Royals).

I don't think I'd ever seen a Panini black Friday card before picking up this 2013 version, I must say that they don't look too bad.  The lack of logos really do hurt the overall grade, however. 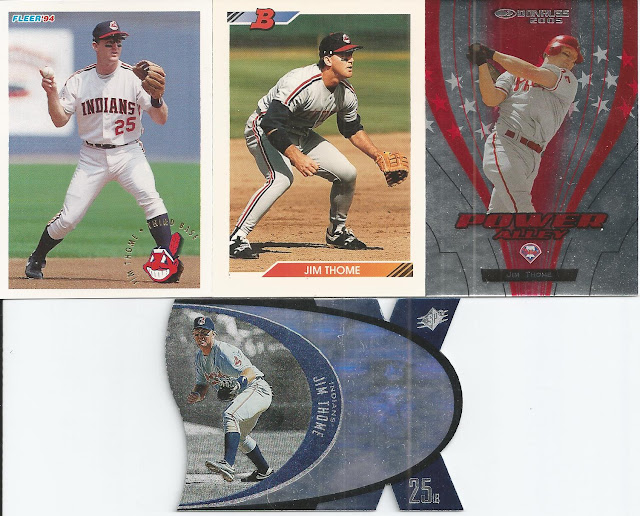 The Donruss Power Alley card wasn't on the most wanted list, but I happened to spot it for cheap when searching through the Thome list on COMC, so I decided to grab it.  Sorting cards by cheapest available made these 4 cards available to me for around $2.00 total, well worth it for a couple of his earlier cards. 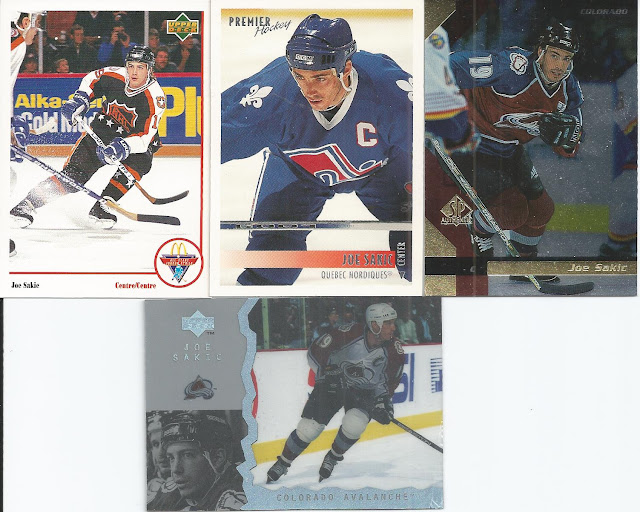 My favorite PC is the Joe Sakic, largely because I've worked on it for a long time, and hockey is my first love.  It is disappointing for me that these cards, which are some of his early to mid 90's releases, weren't already in my collection.  Maybe when I start putting some of these bigger set projects to bed I'll be able to start honing on the Sakic PC, as it's the one that I'd really love to show off and grow  over time.

OK...that pile can be moved off the desk now

thanks for reading, Robert
Posted by Robert at 12:00 PM