Inbound and Down #39: Torren' Up Cards

A few weeks ago Kenny from the Torren' Up Cards blog sent me a tweet, asking if I still had a JT Miller card to finish off his New York Rangers team set from this year's Upper Deck release.

I told him that indeed I did, and had a couple of other cards to send his way, the nicest being a Henrik Lundqvist stick/jersey combo that was just waiting to get into the hands of a Ranger collector.  With Kenny still being rather new to collecting hockey, I thought that card would get him well on his way.

Kenny mentioned he was worried about what he was going to send back.  He's actually been quite generous to me in the past, so I tweeted him that all I wanted was a couple of Ichiro cards.

Bingo!!  I would have been happy if that was all that was in the envelope for the reasons I mentioned above. 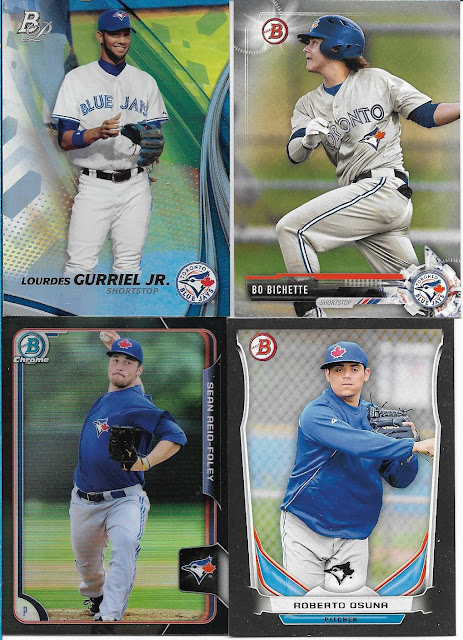 A lot of Blue Jays youth here, including Bo Bichette whom Jays fans are drooling over (along with Vlad Guerrero Jr.).  Maybe in another year or 2 the Jays will have the best young hitting tandem to come along at the same time in who knows how long!! 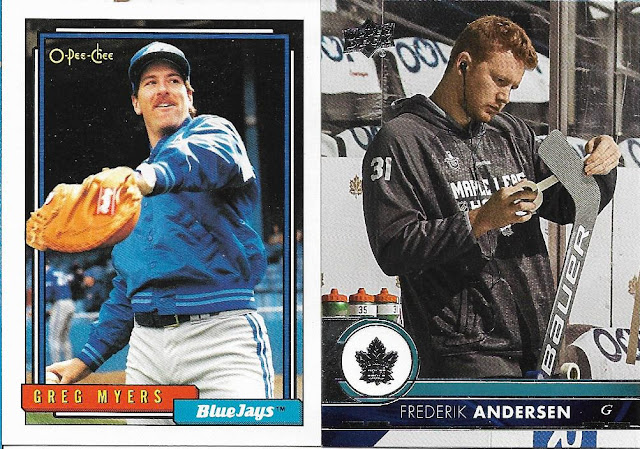 I still need a lot of Blue Jays cardboard, especially in OPC form, so this '92 copy of Greg Myers hits the spot.   Frederik Andersen has been the toast of Toronto since Saturday, pretty much standing on his head while the Leafs won games 5&6 against the Bruins.  I cannot wait until game 7 tomorrow night, it should be a barn burner.

With all those in there, Kenny was still not done.  Now the autograph card he sent me isn't a player that I routinely collect, but the card itself really impressed me. 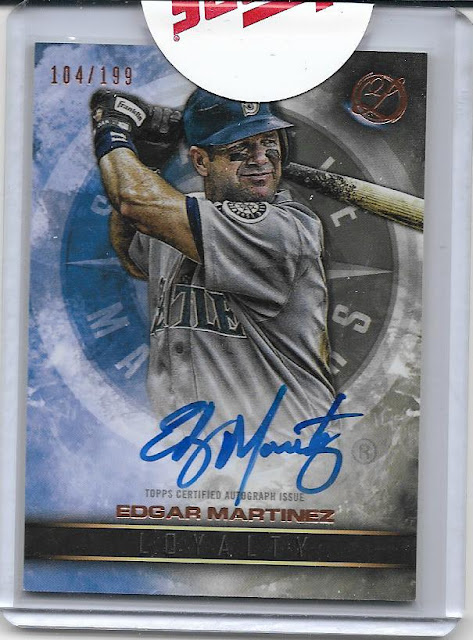 I also thought of three letters when I saw this.  N  F  S

They don't mean not for sale (although that is true), for me they mean Nice F@#$ing Signature!!

With all the lousy efforts you see on cards by athletes these days, this Edgar Martinez autograph is the opposite.  It is a great effort by a classy player.  I don't usually make a fuss over autos, but this card might change my opinion...

Thank you for the cards Kenny, they are appreciated!!!

thanks for reading, Robert
Posted by Robert at 9:44 PM