Inbound and Down #10: Baseball Card Breakdown

I actually received this envelope last week from Gavin who runs the Baseball Card Breakdown blog.  I did show off the piece de resistance last week on the PC blog here, but actually took my time deciding whether I wanted to do one or two posts with the bounty I received. 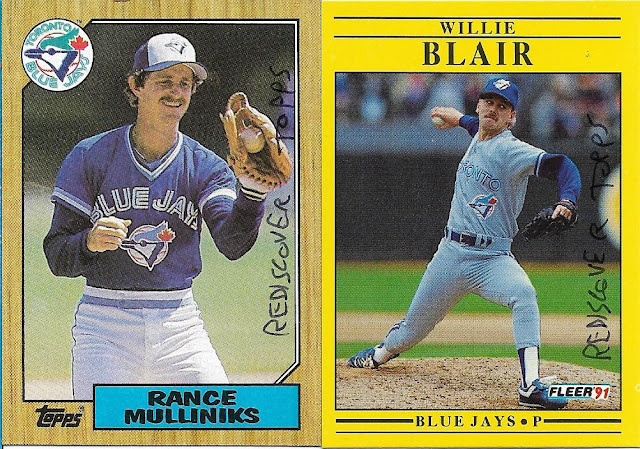 A big winner so far for Topps has been the inclusion of past cards with the Rediscover Topps stamp on them.  Gavin was kind enough to send a couple my way, including the legendary '87 Topps Rance Mulliniks card on the left. 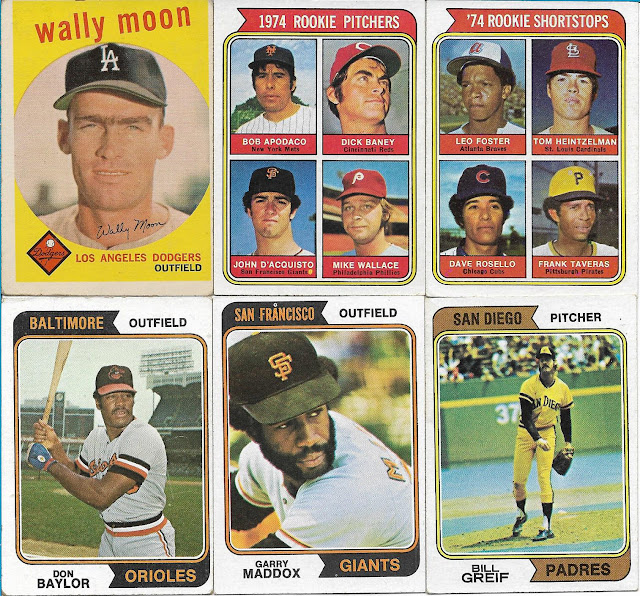 A little bit of vintage came way, totally unexpected!  The master of the unibrow and his high numbered '59 Topps card was a welcome find for sure, and the handful of '74 Topps cards put another dent into that want list.  I wonder if Bill Greif was any good..... 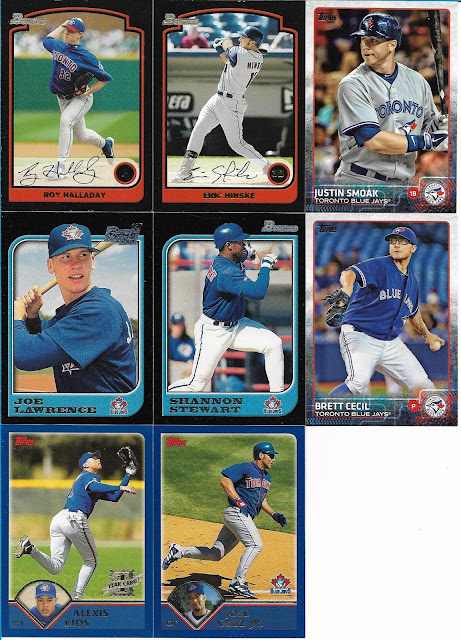 Pairs of Blue Jays cards came off of various want lists.  This also reminds me that I really need to update my Jays want lists for 2016 and 2017, as the Smoak and Cecil cards came from last year's flagship series 2 release, which I've never made a want list for. 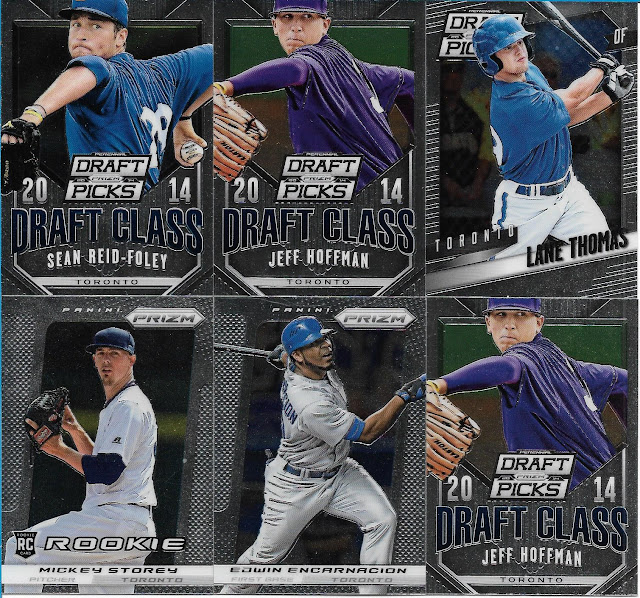 Shiny stuff.  Don't know if the Jeff Hoffman cards are duplicates, or some kind of crazy variation that I don't know about. 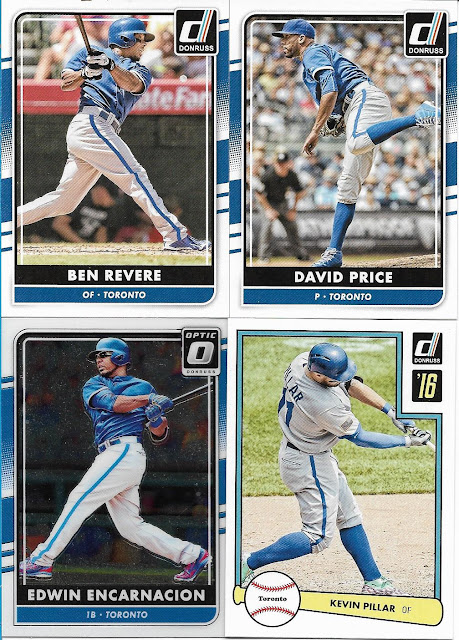 Donruss, another set that I've never bothered making want lists for.  Damn I'm behind on the time.  Love the retro variations though, which I see that Donruss brought back again this year. 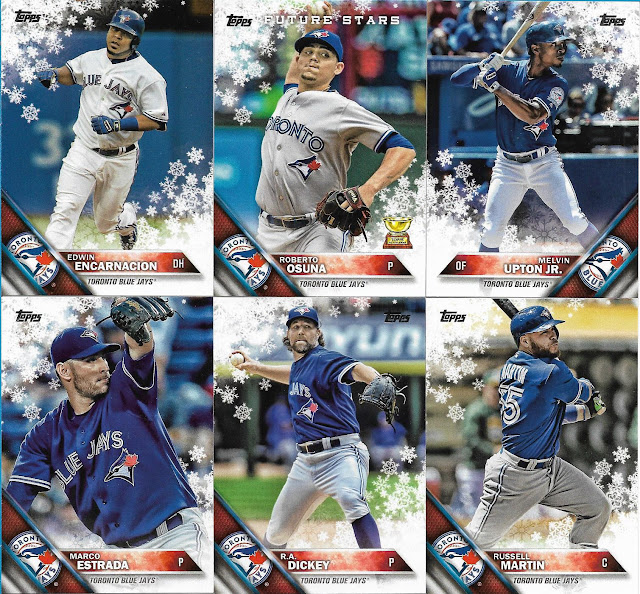 Some guys just don't like the fact that you brag about being in the warm weather all the time and have to throw a bunch of snow your way just to bring you back to earth. 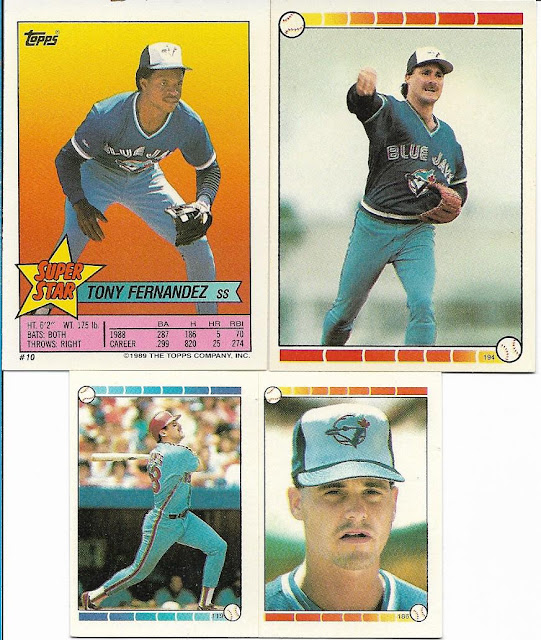 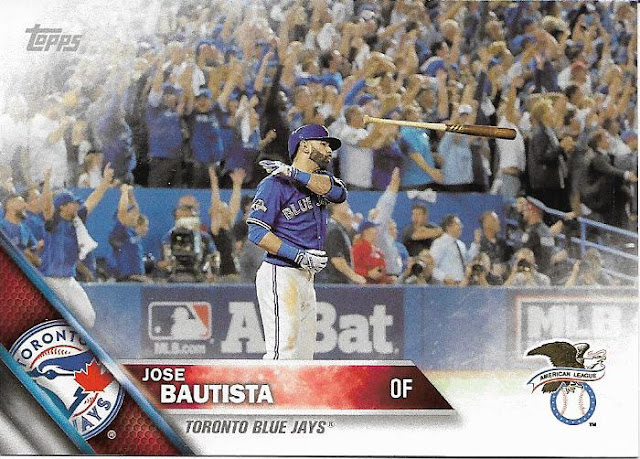 When you find success with a card, what do you do?  You print some more of it as part of a separate  release.  Why not, right? 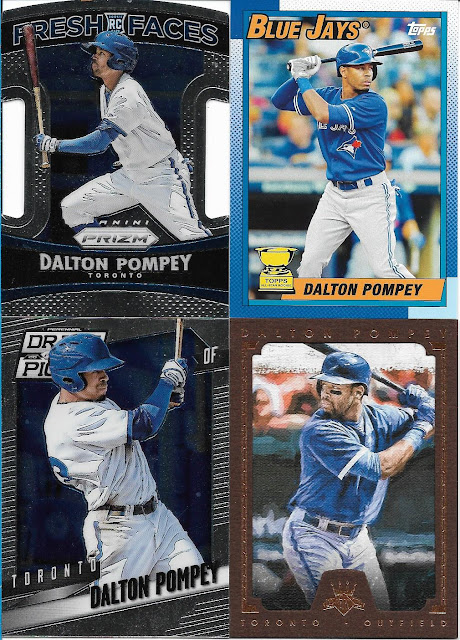 Whomever said that Pompey was destroyed by Mt. Vesuvius better think again, as Gavin hit me up with quite a few of the young Canadian's cards. 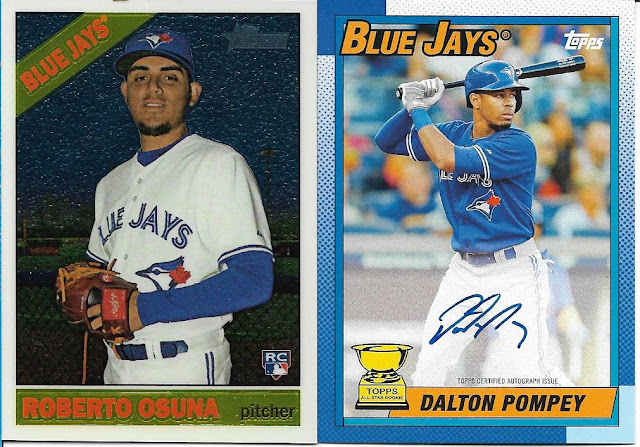 Finally to top off the package, here's a '15 Heritage Chrome refractor card of Roberto Osuna, along with a '15 Archives Dalton Pompey auto!!  On card no less, great stuff!!

Gavin, thank you very much for the envelope, it's very much appreciated!!!

Thanks for reading, Robert
Posted by Robert at 10:46 PM