The indoor season is backwards in the south

I heard this mentioned in the past couple of weeks, and it's the truth.  The heat in the south is so stifling (along with the humidity) that it's very difficult to spend any amount of time outdoors.  While I reveled in the warm winter I experienced this year, the past several weeks have been tougher than I expected.  Taking walks for 30 minutes leaves you drenched.  While I don't have a house (yet), I've already heard the stories from my friends about how mowing the lawn leaves them exhausted.

Definitely summer time down here is indoor season.  Maybe I'll take more advantage of the time inside and get some posts done. 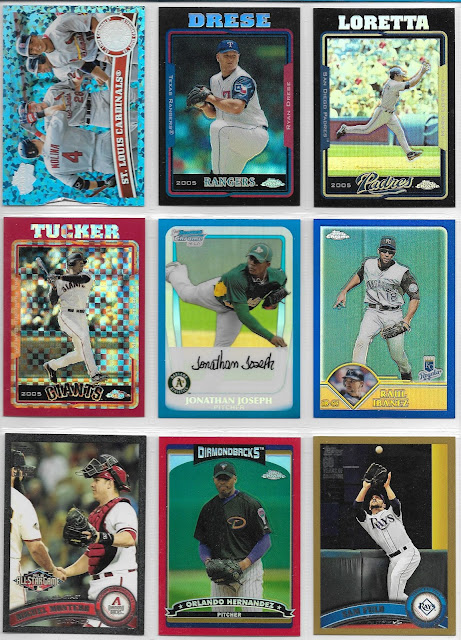 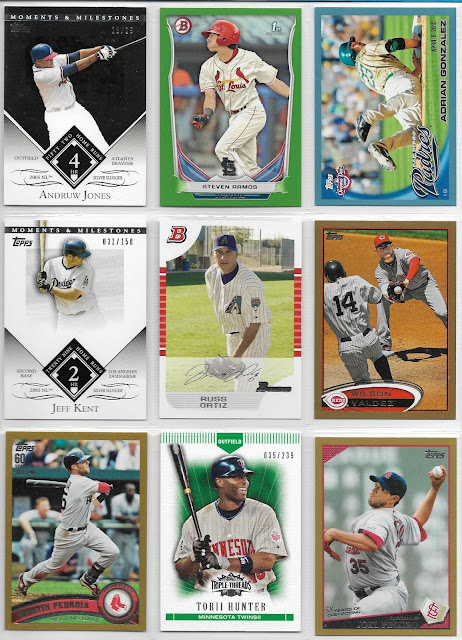 No holes in the pages so far which is a good thing.  A bit of damage on the 19 card (OK, a lot of damage), but I don't think I want to hunt for a replacement.  Only Atlanta and St. Louis are averaging a card per page so far, while 10 teams don't have any cards yet.

More to come, especially with the heat expected for the next.....several weeks.