I recently placed an order on Sportlots.com to try and knock out the remaining cards from my 2015 A&G want list.  I hit up one of my favorite sellers, cochise9, and she sent me another nice stack of cards that brought my meager want list down to just 3... 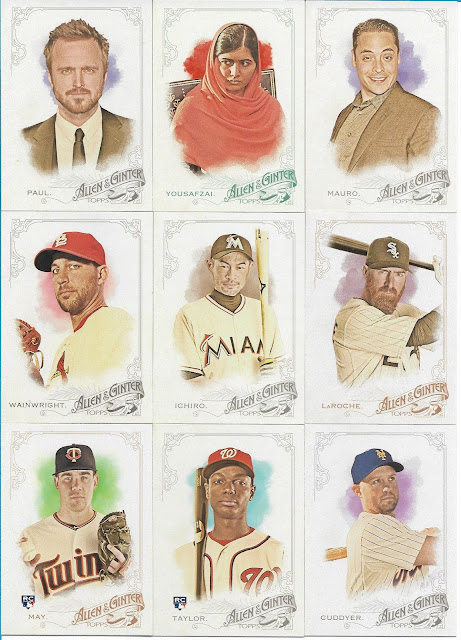 An interesting group of people on this scan.  Many of you will recognize Aaron Paul from his role in the hit show Breaking Bad (which I really need to get around to watching again).  Aaron is now starring in a Hulu produced series called the Path.  I tried watching it and couldn't get past the first 20 minutes.

I decided to have a look at Ichiro's stats since he is in the news lately with his approach to 3000 career hits.   I knew that he was a star in Japan, but his stats over there are unbelievable.  His first full season at age 20 he hit .385 with 210 hits.  All that in 130 games.  His 9 seasons in Japan left him with a career average of .353.

His 262 hits in a MLB season is a record that will probably never be broken.  He also has 3 of the top 20 hit totals for a season all time.  The only other player with more than 1 is George Sisler, who has 2.  He's definitely a first ballot Hall of Famer in my book. 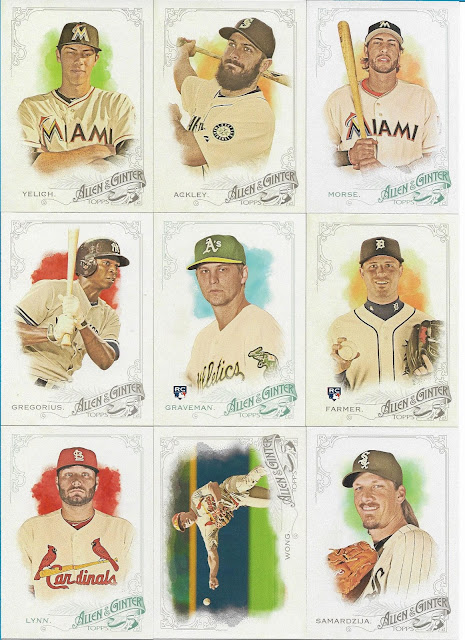 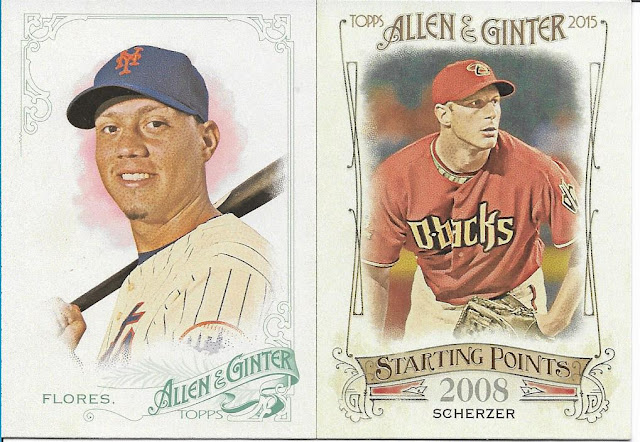 Had no recollection of Max Scherzer being a member of the Diamondbacks.  I only remember him as a Tiger, then a National.  I guess that's what happens when you live on the east coast and don't get a steady diet of west coast games, you fall out of touch with the somewhat lesser known players and teams.

Wouldn't Arizona love to have Scherzer back now?

The Mets had their eye on Wilmer Flores as a young kid, signing him to a free agent deal at the age of 16!  The Blue Jays have their own 16 year old in the system, Vladimir Guerrero Jr.  If young Vlad is near the player his dad was, Jays fans have a lot to look forward to.

I'm down to needing only 3 cards to finish the set, 27,148 and 154.  I also have a bunch of the starting points waiting for me in my next COMC order.   I just have to find three more of those as well in order to finish that up.

Allen & Ginter becoming an annual ritual might be something that replaces the flagship for me, as it kind of turned me off this year.  That post is for another time...