Not one, but two PWE's arrived last week from one of the more frequent trade partners of mine over my blogging time, Brian from the Play at the Plate blog.  Brian decided he was going to knock out a bunch of my '16 Topps want list, and he came close to knocking them all off. 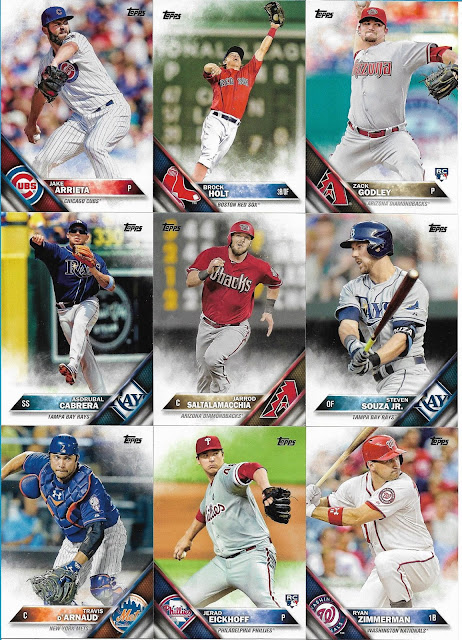 I thought that Brock Holt was going to be a player for the Pirates for a long time when they brought him up a couple of seasons ago.   It was disappointing to see him go to Boston, where he's become a solid utility player.  That shot of him has a good shot of going into my top 10 countdown when I finish the set (hopefully in the next week or two). 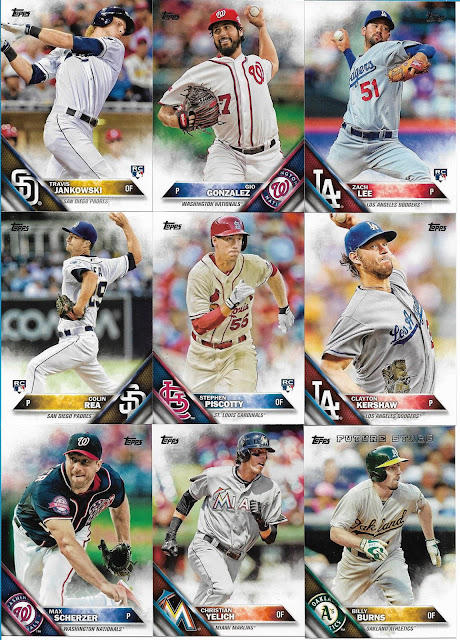 Nothing much to write home about on these cards, not a photo that stands out.  Scherzer getting coated in chocolate after his no-hitter could have been a great base or variation photo.  Now that I reside in south Florida it will be interesting to see how much I hear about Christian Yelich (bottom center) as part of what appears to be a great outfield for the Marlins. 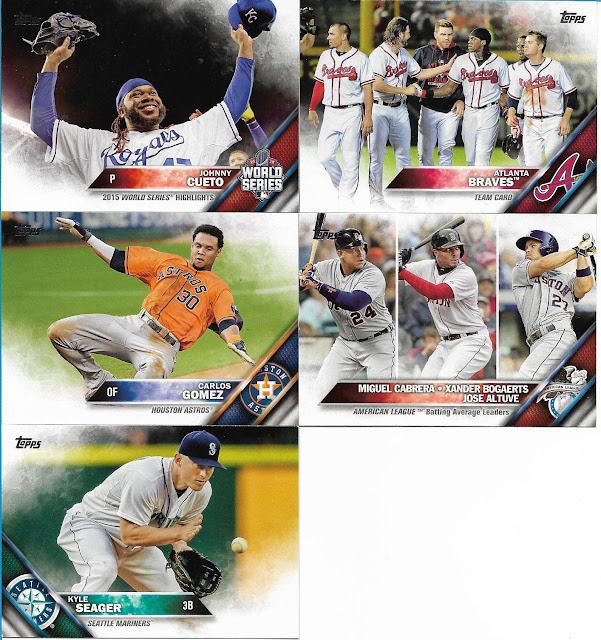 I made two swoops, or passes if you will, through the cards I have for the '16 series 1 set to make sure that my want list was correct.  I've made so many mistakes in the past trying to complete sets that I kind of make this a rite of passage when the want list gets small.   It is correct now in case you were wondering.

Two swoops through the entire set I'll also make to pull out my top 10 cards in a week or 2, that Carlos Gomez horizontal card just might be one of the best.

Thank you for the cards Brian, much appreciated!!

thanks for reading, Robert
Posted by Robert at 8:39 PM