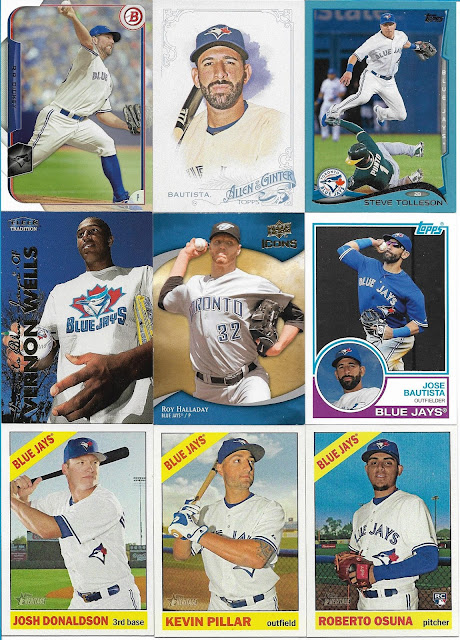 A fat envelope of cards arrived the other day courtesy of Nick of the Dime Box Heroes blog.  He dug deep for a lot of the cards that came out of this envelope for sure!  High number '15 Heritage on the bottom row featuring Pillar and Osuna.  Wal Mart Blue Steve Tolleson turning a double play.  There's even Jose Bautista and his upcoming $30 million a year contract in the middle row on the right. 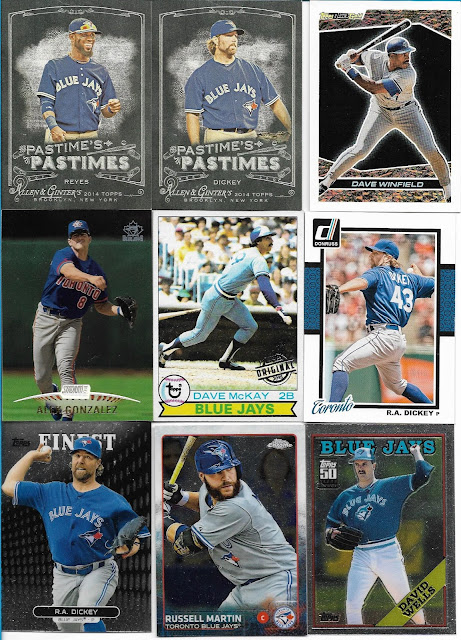 Love, love, love the Pastime's Pastimes A&G inserts.  It must be something about the 100 card inserts from A&G each year, because they seem to be the only inserts that I'll even consider putting together as a "set".  The Dave McKay buyback from the '79 Topps set was definitely an interesting add to the envelope.

Chromey goodness is never lost on me, and the bottom row helped that even more.  I think the Martin is the first 2015 Topps Chrome Blue Jay I have. 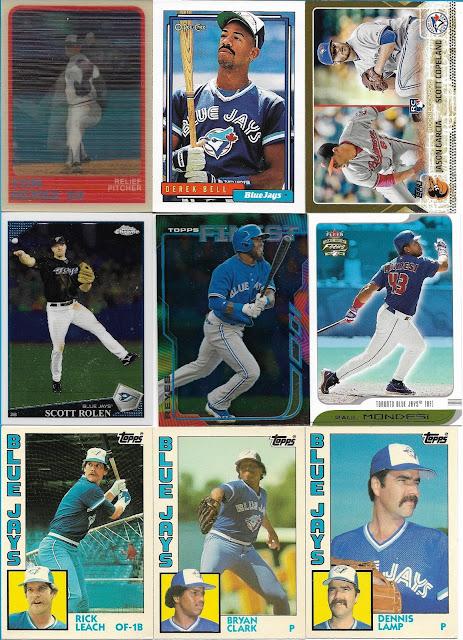 A trio of '84 Topps Traded leaves that want list at just 1 card, not unlike a whole lot of other want lists on the Blue Jays page.  Speaking of #1, the Gold parallel of Scott Copeland is the first gold parallel from 2015 Topps that I own.  Man, am I behind... 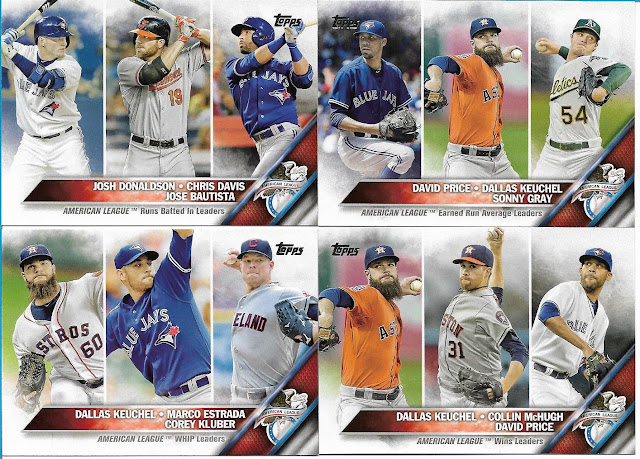 Maybe that was a hint to make sure that my Blue Jays want list was up to date.  Get the 2016 team list on there, and decide what I'm going to chase after this year. 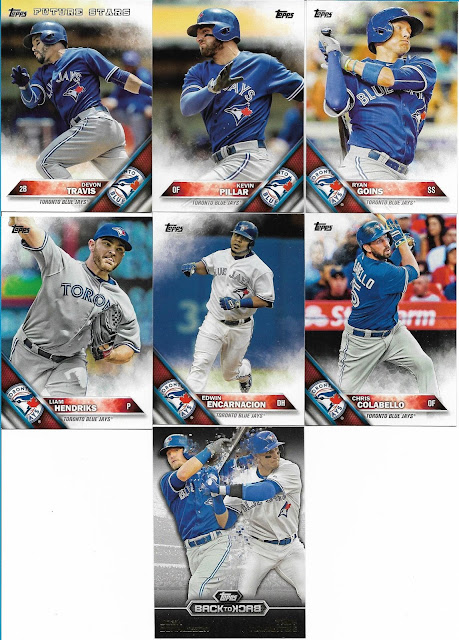 One Jays card that I don't have in my possession yet, and I'm going to need 2 of them, is the Jose Bautista bat flip.  Card #96 is going to be on two lists, hopefully I won't have to fork out a whole lot of $$ for them.  (NOTE: while writing this post, I found an auction for a lot of 5 of them for 3 bucks.  Problem solved)

So there you have it folks, a real lot of dime box cards from the master himself.

Thank you Nick, the cards were really appreciated!!

thanks for reading, Robert
Posted by Robert at 8:48 PM