They're 2 for 2 so far, but I still have one concern

I mentioned last night that I did a little Black Friday shopping on COMC.  I still went kind of cheap on the entire purchase, only selecting 15 cards that would grace the hilly western PA area I know as home.

I did learn one thing though.   I could have really attacked the SNI want list a long time ago had I known how user friendly COMC was.

I picked apart the cheapo serial numbered cards, trying to hit some teams that needed a little boost. 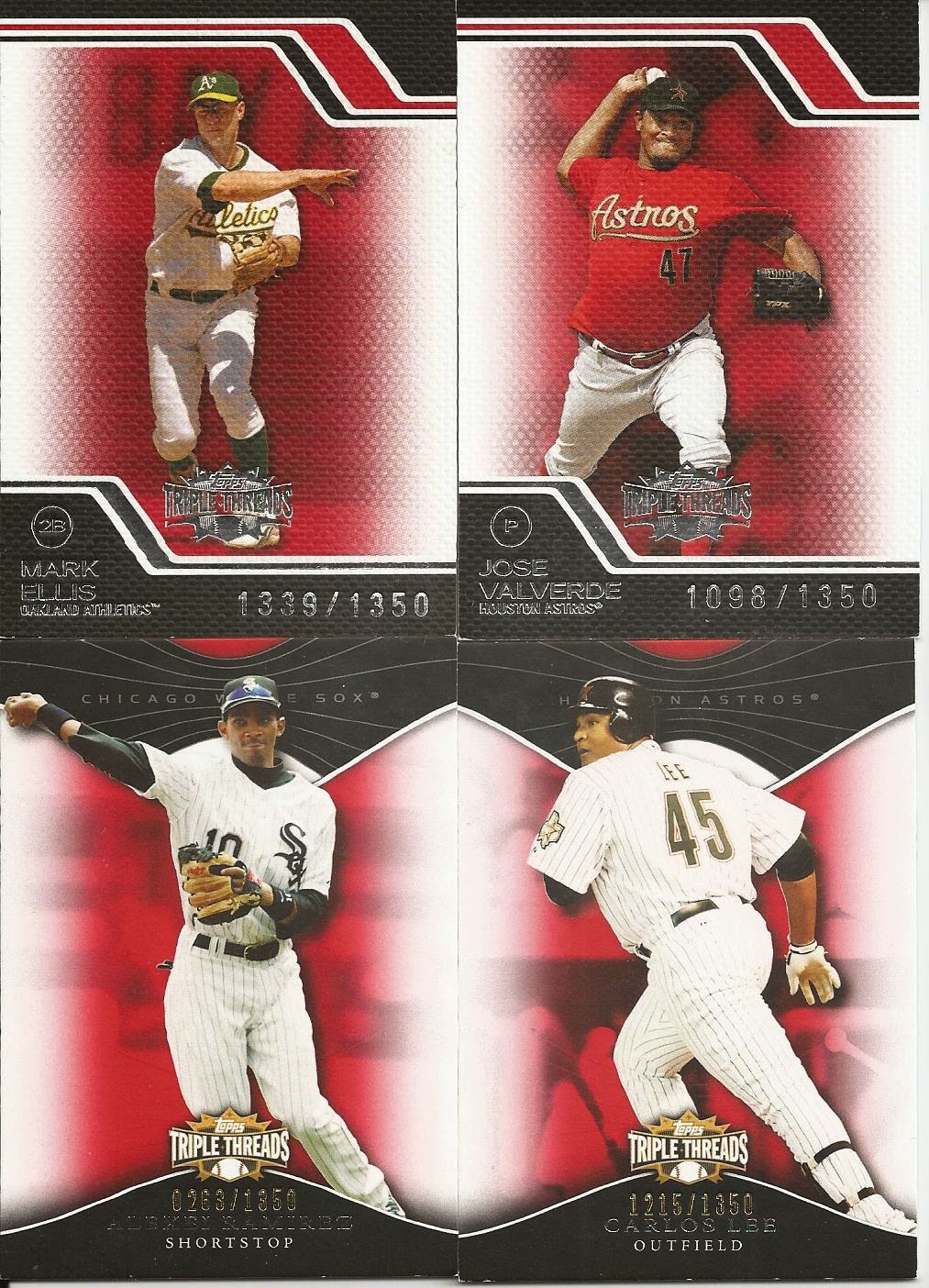 I'm sure that there's a lot of people out there still trying to get rid of Triple Threads base cards, so I wound up picking up 9 of them scattered over various years. 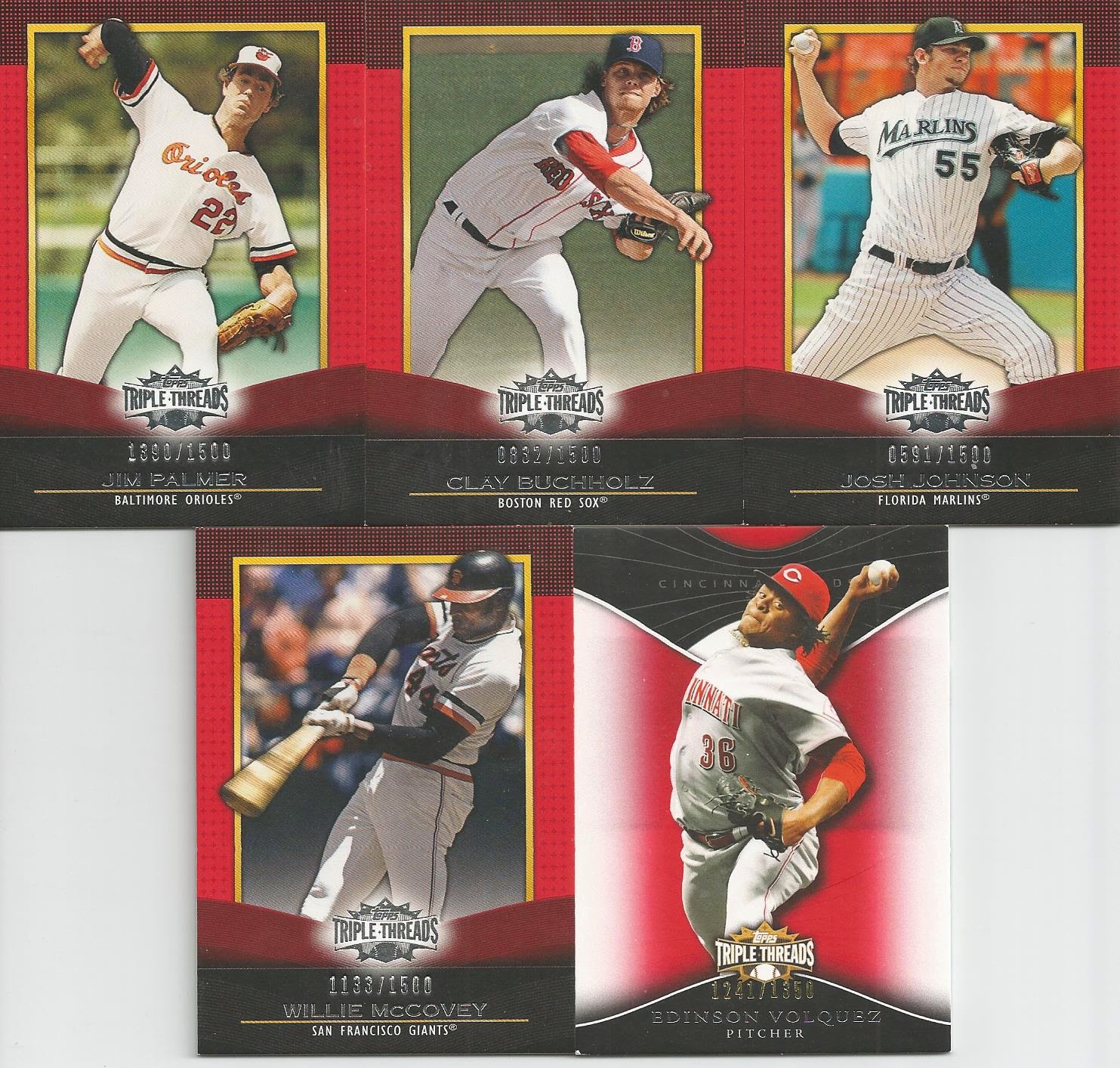 Nice to get a couple of legends such as Palmer and McCovey in the set.  The best part about all of these cards is I didn't pay over 50 cents apiece, many of them were in the upper 30c/lower 40c range. 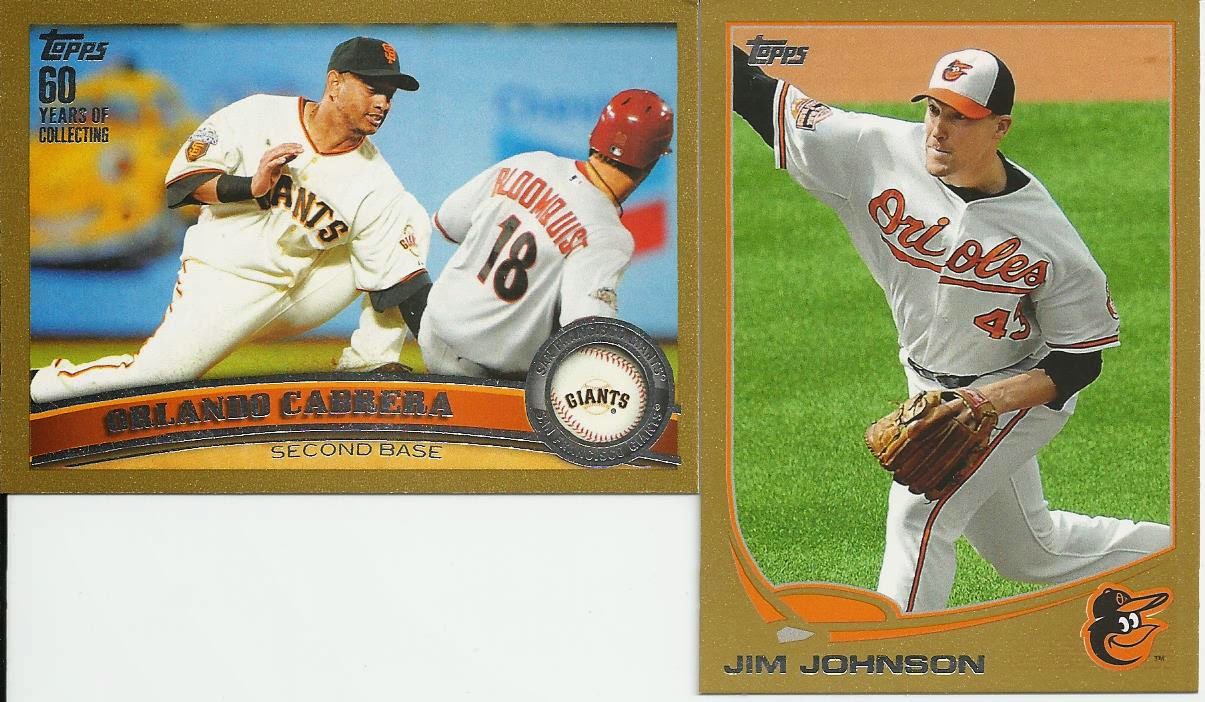 Even a couple of Topps gold parallels found their way here.  I would have also completed the Blue Jays team set, but turns out that the day after I had made my purchase, Steve D. sent his envelope of 2 cards, one of them being the same serial number as the Vernon Wells card that I picked up.  Oh well, no worries there, it just ends up in the Blue Jays box instead.

Now, to my concern.  Let me first preface this with this comment:

I am extremely happy with my two purchases so far.   Quick shipping, the packing has been great both times, and the cards have been just as advertised.

This question revolves around this card that I also picked up in the order. 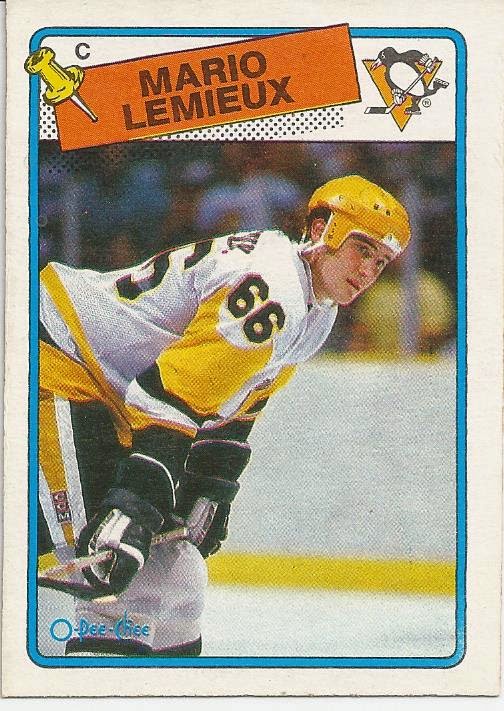 I needed this 88-89 OPC Lemieux card for my set.  Again, another fantastic card at a very reasonable price.

I am a cheap ass and select no top loaders for my orders.   COMC is really good and uses a fresh top loader on each end of the "brick" when they ship.

I'm curious as to how they select what cards they put in the top loaders.  Anyone know?

It was kind of interesting that the 2 Topps gold cards were placed in the top loaders, and the most expensive card of the order was in the middle of the group.

Is it me, or wouldn't it have made more sense to put the Lemieux in one of the top loaders?

I'm sure that someone out there will point out the flaw in my thinking...