Baseball Reference is definitely a boon for me when writing these posts.  How else would I have known that Al's last name was pronounced "SEE-cot". 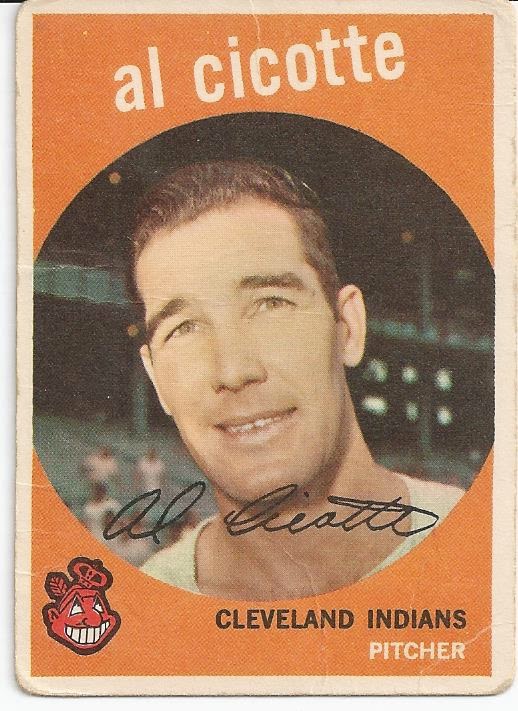 Career beginnings:   Al was signed as a free agent by the New York Yankees in 1948.  Al played several years in the minors (along with two years of military service in '49 and '51) before finally making the Yankees squad in 1957. 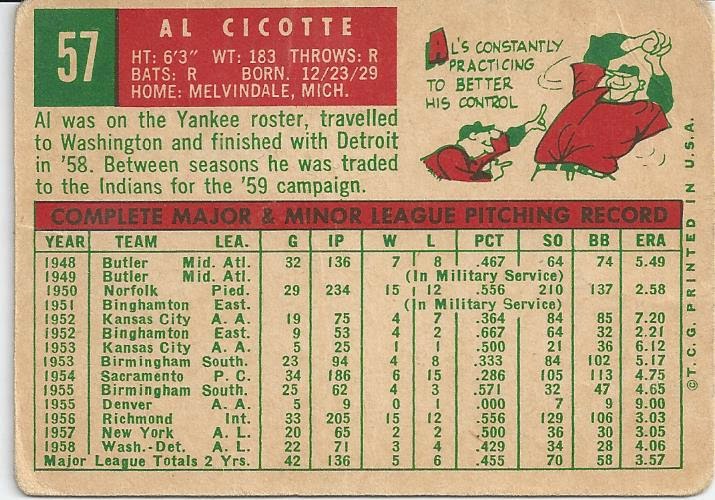 Al's career would span 5 seasons, the last being in 1962 with the expansion Houston Colt .45s.

Close to home I:  Al's first season in pro ball was spent with the Butler Yankees in the Mid Atlantic league.  I wasn't aware that Butler, PA (20 miles east of where I live) had fielded a team associated with professional baseball.

Close to home II:  Al pitched the 1960 season in Toronto (my home town) for the Maple Leafs of the International League.   During that season, Al pitched an 11 inning no-hitter against the Montreal Royals.  At one point, he retired 29 batters in a row.  A bobbled ground ball by Sparky Anderson ended the streak.  Al also won the IL pitching triple crown that year, finishing 16-7 with a 1.79 ERA.

Interesting fact:  Al is the grand nephew of Eddie Cicotte, who was part of the infamous Black Sox scandal of 1919.

The card itself:  This card was part of a generous lot that was sent my way by CommishBob, and is the first card that I've featured with the orange background/white lettering mix.

The card is in OK shape, the corners are soft and there are creases.   I probably will not replace it though unless I get another that is part of a lot from eBay.

The cartoon on the back is interesting, saying that Al is constantly practicing to better his control.   Isn't that what all pitchers do?

I'd love to know what stadium Al is pictured in.   Is that Tiger Stadium?  I'm sure that some of the stadium aficionados can help me out with identifying the ball park.

Thanks for reading, Robert
Posted by Robert at 4:55 PM