It's the most wonderful time of the year

With apologies to Andy Williams and his classic Christmas song of the same name, if you're a sports fan, the September-October period is a sports junkie's Nirvana.  For me, it truly is the most wonderful time of the year.

Baseball winding down towards the playoffs.  NFL football starting up and already some good story lines developing.  NHL training camp getting ready to start this week along with NBA camps starting next week.  For those of you so inclined, European football seasons are well underway and in a couple of months the World Cup will be played.

It's even more exciting this time of year if one of your beloved teams is about ready to enter the MLB playoffs.   The Blue Jays season has been a bit up and down, but for the most part the team has played well and I'm looking forward to watching some Jays games in October. 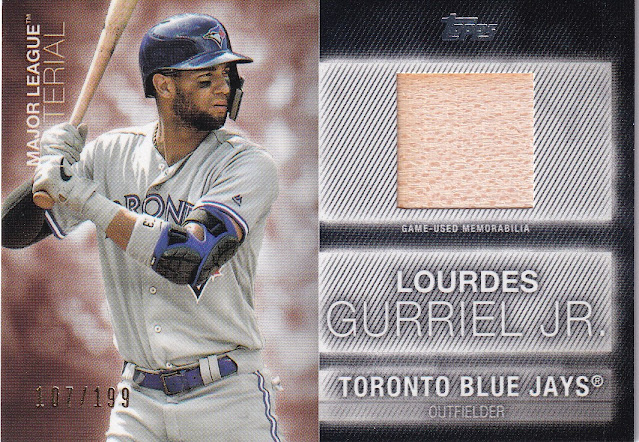 While he doesn't have the HR/RBI numbers he's had the past couple of seasons, Lourdes Gurriel Jr. is hitting above .290 and playing both left field and a bit of first for the Jays.  Found a cheap bat card from the 2020 Topps set for a couple of bucks which became an easy add to the Blue Jays hits and autos collection. 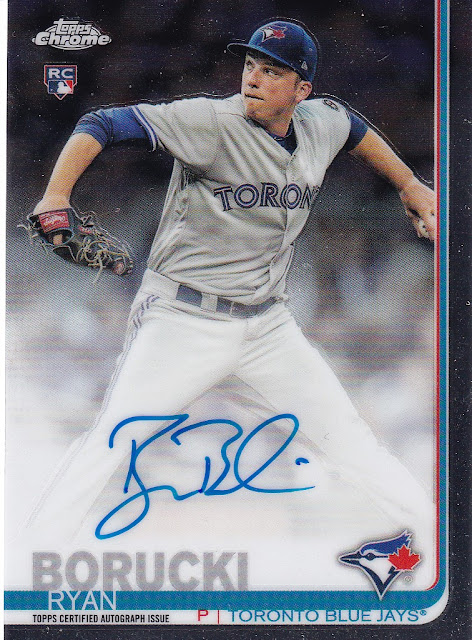 While no longer with the Blue Jays, Ryan Borucki appears to have a good chance at getting some post season playing time this year with the Seattle Mariners.  Ryan was traded to Seattle exactly 10 years to the day after he was drafted by the Jays.   Ryan was struggling with Toronto in 2022, having an ERA near 10 before the trade; he's now having some success with the M's.

Enjoy the next few weeks folks, it really is the most wonderful time of the year if you're a sports fan.