15 months is a long time

It had been over 15 months since I had hit a card show, until today.  I had planned to go to the West Palm Beach card show for a couple of weeks now as the date is easy to remember, the 3rd Sunday of every month.

It had been over 2 years since I was to this particular show, as the last couple that I had been to were kind of disappointing due to very low dealer turnout.  The show was still in the same location and I was kind of curious to see what it would be like when I arrived.

The parking lot was a lot more full than I remembered, which was a good sign.   I was actually greeted by the promoter when I walked into the hall, a very nice gentleman who was kind enough to let me know that entrance was "mask required".  Even though I've been fully vaccinated for over a month now, I had no problem putting a mask on after taking a quick peek inside and seeing everyone masked up.

I was shocked to see that the hall was full, tables front to back were all occupied by dealers.  I arrived at 10AM, an hour after the show started and there was a decent crowd inside.  (I actually heard one of the dealers say that this was the "slowest" show in a few months, which really surprised me)  I walked in and started wandering around, finding a table that had dime boxes (9 monster boxes crammed full).

I sat down, the first box was a bit slow for me as I only pulled out a few cards, then I started hitting some good stuff (well, at least for me). 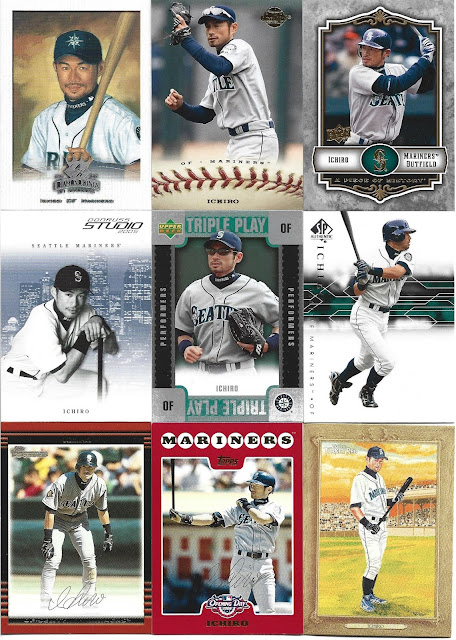 A page worth of Ichiros, including the trio at the bottom that I hadn't seen previously.  10 cents apiece didn't hurt as well. 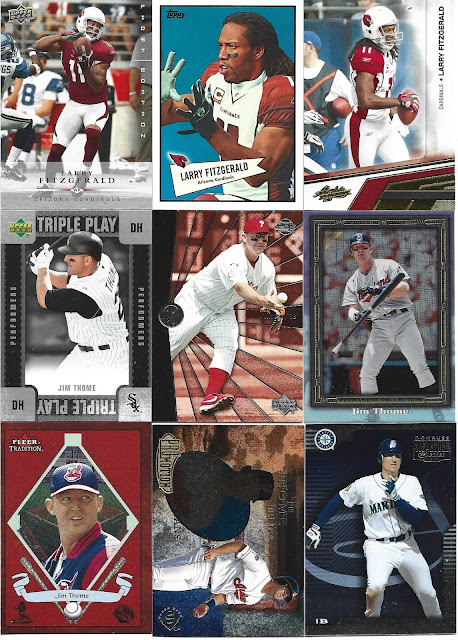 More player collection cards, definitely not what I intended when I left for the show this morning, but they didn't hurt. 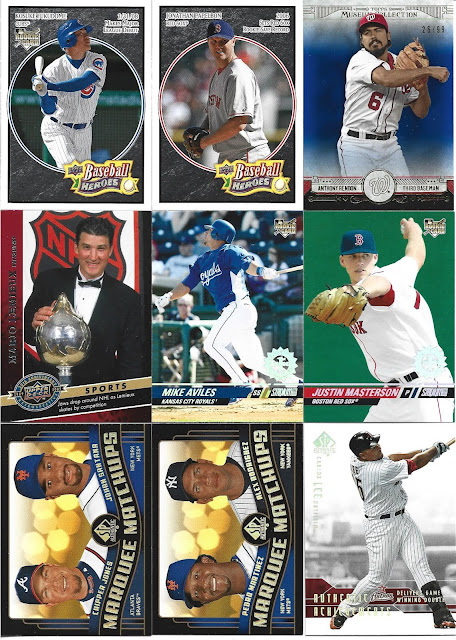 Middle Row:  Mario Lemieux in the dime box will always end up in my pile.  The 2 stadium club cards are first day parallels.

Bottom Row:  Trade fodder, which was a nice portion of what I brought home today, with some household names. 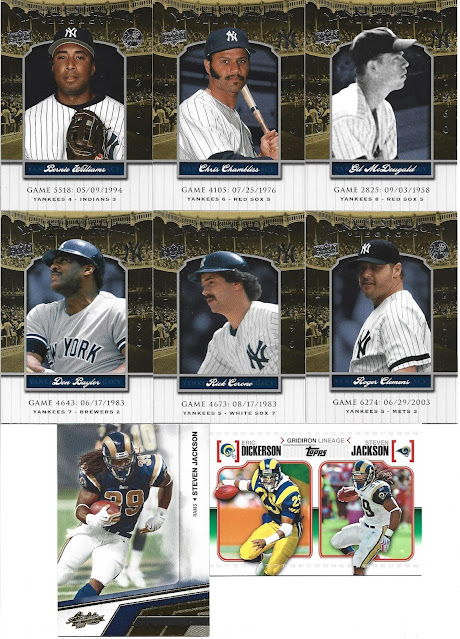 I traded off a bunch of the Yankee Stadium Legacy cards a while ago on TCDB, this half dozen will prop up the trade pile for those.

Steven Jackson is another football player that I always enjoyed watching, love his nickname (the bull) and his running style.  10 cents and 10 cents. 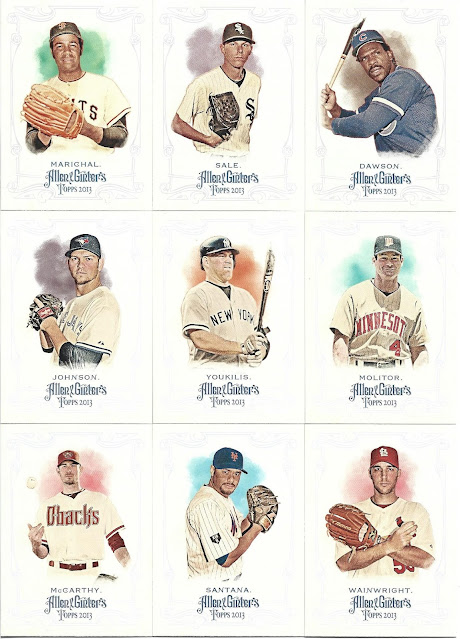 I've been pretty hot with collecting the A&G run of sets the past few months and this was the key find for me, over 50 cards from the '13 A&G set, of which I have very few cards.  This set had taken such a back seat to a bunch of others that I hadn't even added a want list to the TCDB.  There are probably a few dupes in the group, but this batch will probably get me over the 20% mark and with a dozen SPs coming home today, it's probably time to update that list on the site. 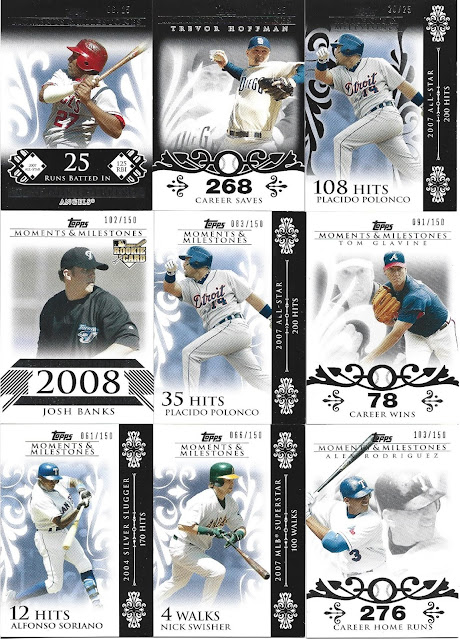 Last up I grabbed a bunch of serial #'d Topps Moments and Milestones cards.  There was almost 2 dozen that I found with a nice price, so I grabbed them.

My count was 245 dime cards and two hours of digging through boxes and chatting with other collectors.   The cost?

For me, it was worth the 15 month wait.  I've already found out about another card show closer to home next weekend.  I'll be sure to check it out....