I don't think a week will be enough

Looking at the task I have ahead of me, getting my collection "somewhat" straightened out is going to require a lot of hours.  This next week I am on vacation, and part of that time is going to be spent trying to get cards in order.

7 days to get this mess in order?  Fat chance.  But hey, if I can get some of it out of the way (the spare bed right now is covered in binders for starters) then I'll consider the week a success.

I found one binder so old it had Pittsburgh Steeler cards in it.   I haven't actively pursued football cards in years....

Anyhow, I'll keep posting the SNI cards on here for the foreseeable future until I get some semblance of order in my chaotic card world.  At least I can find the SNI binders! 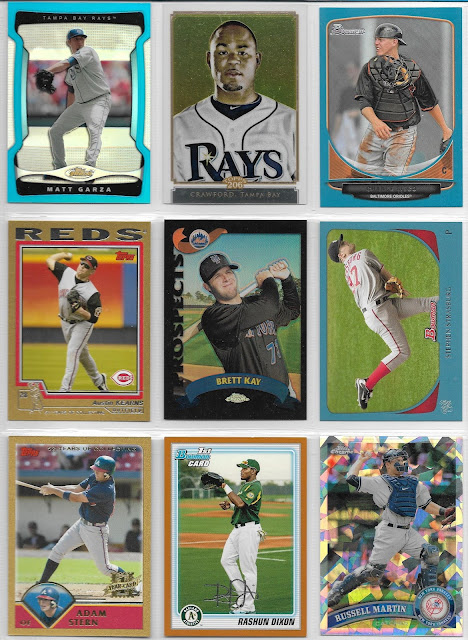 Still a long way to go and a lot of posts to ensure that the SNI set is up to date and accurate, because my record keeping got a little shoddy (insert your own SH word here if you like..) and also because I need some posting material until I get back into the game.