I didn't really realize how long it had been since I created one of these posts.  It's been almost a month, which is way too long.  I've got a bunch of '59s scanned and in the queue, and with a much needed week long vacation coming in a couple of weeks, I should be able to pop a few of these posts out in the not too distant future. 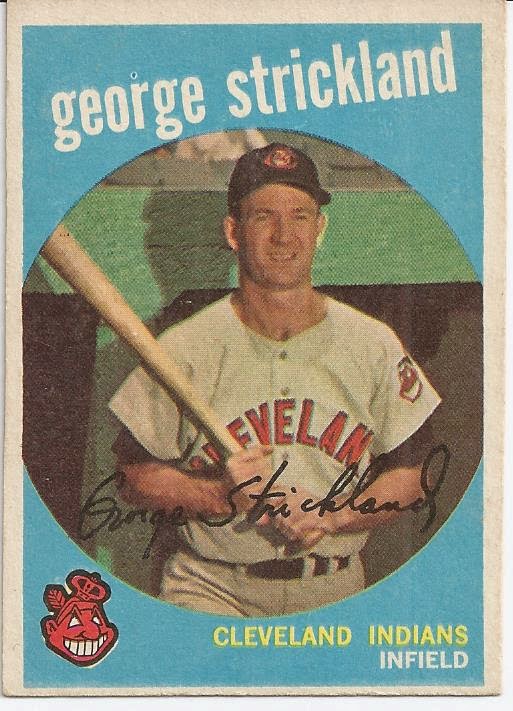 One day, I will sit down and rank the different color combinations from the '59 set in order of preference.  I'll be curious when I do to see where the light blue border with the white letters stacks up against the rest.

George is another example of a player signing very young; the Brooklyn Dodgers signed him to his first contract when he was just 17 years old in 1943.   He would play the 1943 season in single A New Orleans before spending 1944 & 1945 in the US Navy.

1946 was his first year in the Red Sox organization, where he would stay for 3 years until the Pirates picked him up in the Rule 5 draft in 1949. 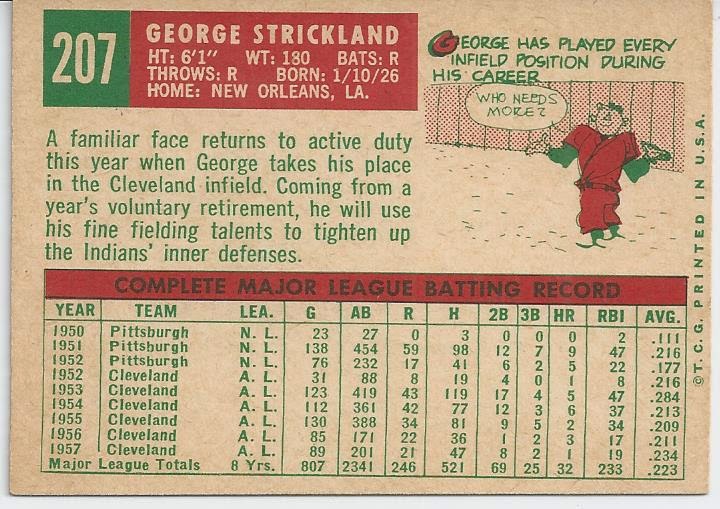 The cartoon puzzles me a bit.  Yes, George did play all the infield positions during his 10 year pro career, but I'm not too sure why the player in the cartoon is shrugging his shoulders and saying "who needs more?"  Maybe someone out there can enlighten me.

George had a gap in his career, as he was retired for the 1958 season.  But there were no gaps in his baseball card library, as you can see here.

thanks for reading, Robert
Posted by Robert at 6:00 PM