It's been 3 days shy of one month since the last time I popped out a '59 Topps post.   It's not as if I don't have the cards on hand to write about, it's more about the inspiration to do so.   Today I'm feeling inspired, so here's my 10th post about this set. 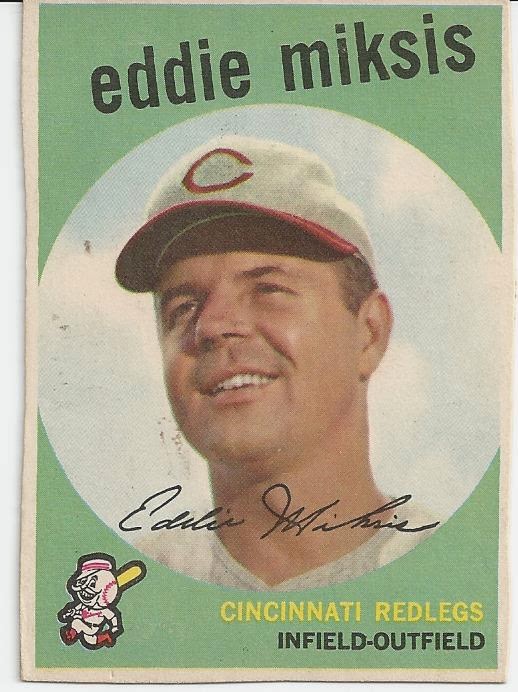 This card is part of the lot that CommishBob sent me to provide a nice head start to this set.  It's in really nice shape for a 55 year old card, there's no writing or marks on it at all, and the corners are in reasonably good condition as well.

This is only one of 2 cards that I have so far that feature the light green background with the players name in black letters. 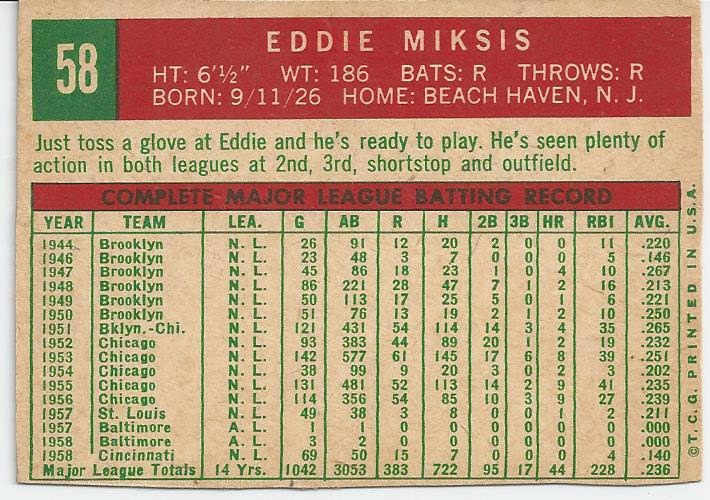 His career started at the age of 17, appearing as a pinch runner and scoring a run in his first career game, which the Dodgers won 4-3.

The two lines of information that you see on the back of the card describe Eddie's career.   1958 was the last of his career, and he went out by playing every position at least once except for pitcher and catcher.