Even though I was late to the party, starting to build this years Allen & Ginter set has got me into the swing of things as far as trading.

My regular readers know that I have never been a big fan of inserts, and I usually will scour the blogosphere looking for people that do enjoy putting insert sets together.  A&G has always had a large following, and there are plenty out there who collect most, if not all of insert sets that it contains.

One of those so inclined is a trading partner from the past that I am ashamed to say is someone that I hadn't contacted in a long time for a trade.   That would be Colbey from the Cardboard Collections blog.  I had quite a few inserts that he was looking for, along with some of the base set, and he was able to knock off a nice chunk of my base set and Starting Points want lists. 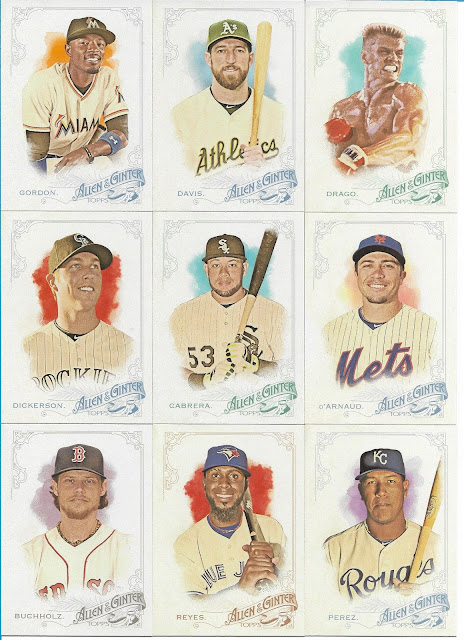 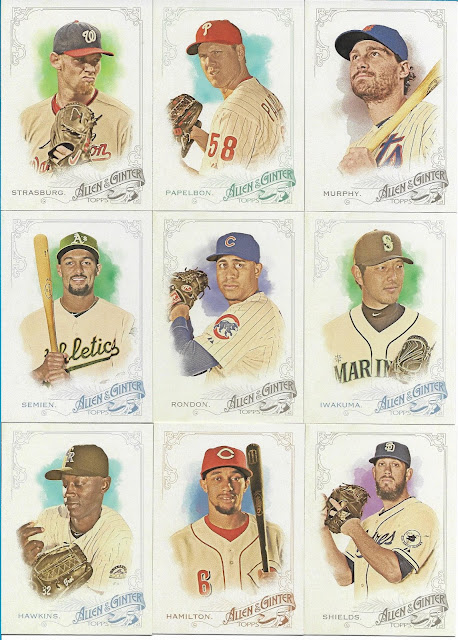 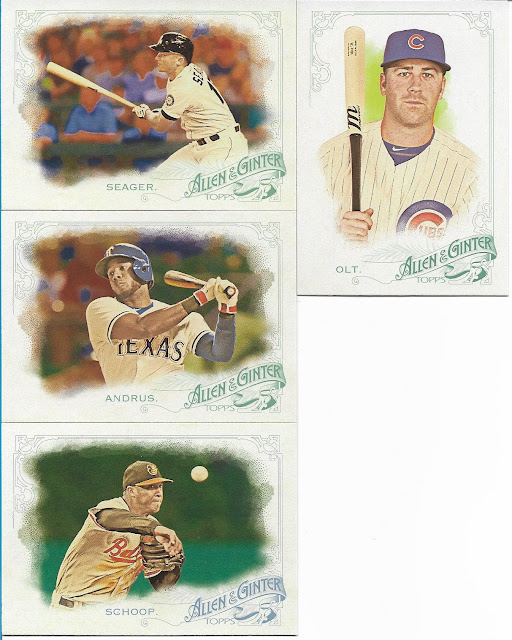 What I just noticed, which is very surprising, is the 22 cards from the base set that Colbey sent consist of 21 baseball players.  A&G is famous for the entertainment/other sport personalities that take up a decent part of the set.  Guess I was just lucky in this case to be able to show off a great lot of baseball players. 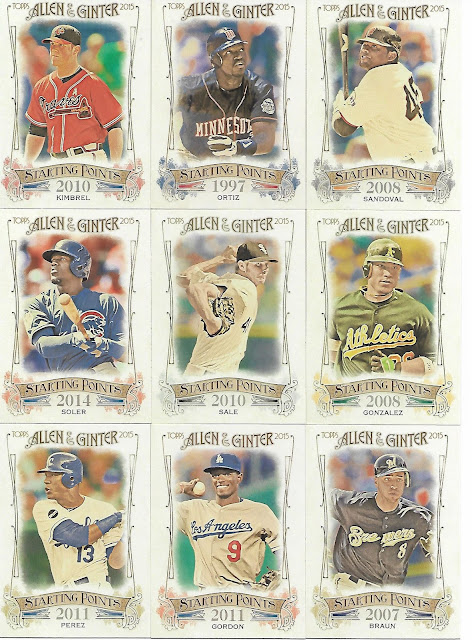 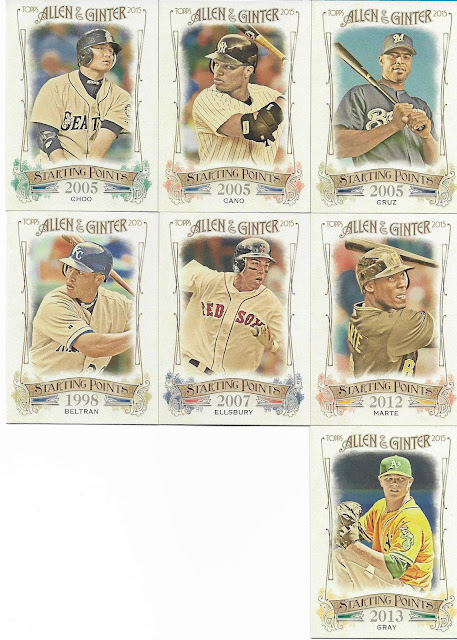 The Night Owl had already sent his envelope by the time I had completed my trade with Colbey, so I wound up with a couple of duplicate Starting Points cards.  No matter, I still knocked off 16 cards from that want list.  The one card from this lot of 16 that hit home for me was the Starling Marte card.   His starting point in 2012 was a HR on the first pitch he saw as a big leaguer against the Astros.  I remember watching that game on TV up in Pennsylvania, and the hype surrounding the Marte call up was quite heavy.  I remember Tim Neverett's call of the HR, which was hit off of 2015 AL Cy Young winner Dallas Keuchel.  Another card that was interesting (for me) was the Pablo Sandoval card.  I did not remember that his first game in the majors was played behind the plate.  I could only ever remember him as a 3rd baseman, so reading that was great for me.

Colbey, thank you very much for the trade, it really is appreciated!!  We shouldn't go so long between trades in the future.

thanks for reading, Robert
Posted by Robert at 8:57 PM