Every time I looked at this card before doing some research for this post, I would think of Steve Busby, who pitched for the Royals between 1972 & 1980.   Little did I know that the two of them were 4th cousins.  Here is the 16th post in the '59 set build, as I slowly make my way through the set: 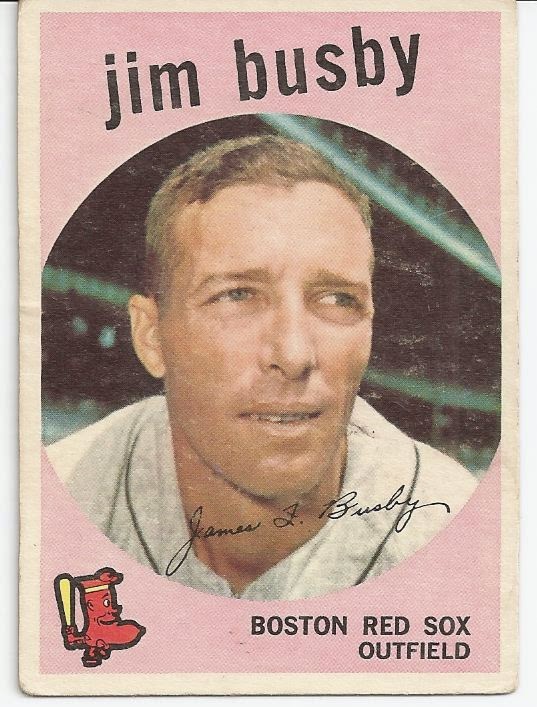 The front of the card is in decent condition.   The bottom corners are both rounded, but there are no creases or markings on the front.  Even though the back has several pen markings at the top (as if someone were testing their pen on the card) it's still in pretty decent shape.

I'm not sure why someone wrote the number 28 on the back as well.  Jim wore 11(!) different uniform numbers during his 13 year career, but none of them were the # 28. 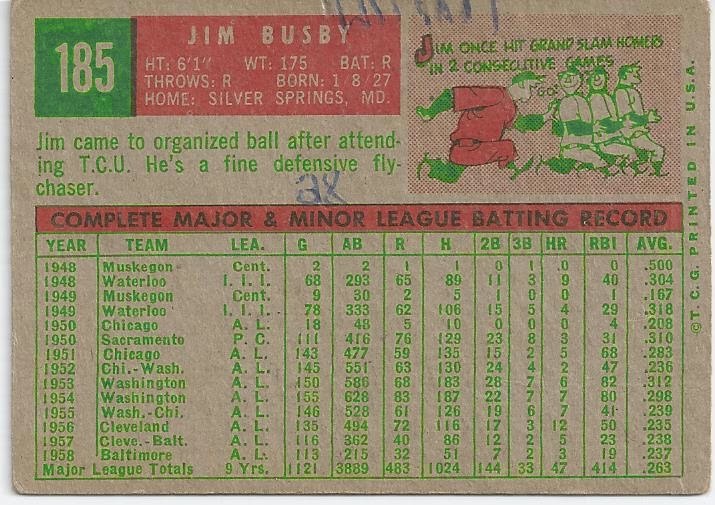 Cartoon:  For a somewhat light hitting player like Busby, hitting grand slams in consecutive games is quite an achievement.  Jim did this on July 5th and 6th, 1956 as a member of the Cleveland Indians.

The very short bio on the back says that "he's a fine defensive flychaser".  During a 7 year stretch between 1951 & 1957, Jim was ranked in the top 5 in the AL for putouts by a center fielder, including 3 straight seasons ranked #1.

How'd he fare in 1959?  At this point in Jim's career, he'd been relegated to part time duty.  He was with the Red Sox for the entire '59 season, hitting just .225 with 1HR and 5 RBI in 102 ABs.  At least he was able to say that he shared time in left field that year with the great Ted Williams.